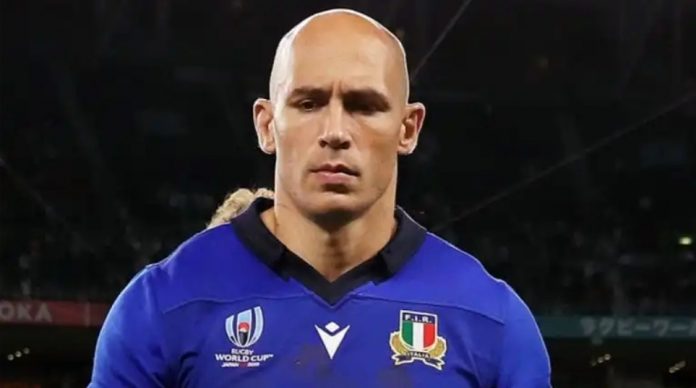 Sergio Parisse says the decision is biased and, “If New Zealand needed four or five points against us it would not have been cancelled.”

Super Typhoon Hagibis is due to hit Japan this weekend and World Rugby has cancelled the match along with Englands pool game with France.

While improbable when facing the back-to-back world champions, a victory for Italy against New Zealand would have sent the Azzurri into the last eight.

The veteran No 8 Parisse pulled no punches in criticising tournament organisers for not relocating the fixture or altering the match day, instead simply cancelling the encounter and awarding both teams two points.

“It is difficult to know that we won’t have the chance to play a match against one of the great teams,” said Parisse adding that “If New Zealand needed four or five points against us it would not have been cancelled.

“Sure everyone might think that Italy versus New Zealand being cancelled counts for nothing because we’d have lost anyway, but we deserved to be respected as a team. We had the chance to play in a big stadium, against a great team.

“The alternative is plan B. When you organise a World Cup you should have one in place.”

The hooker Leonardo Ghiraldini, who is 34, had to struggle to recover from a bad knee injury to make Italy’s squad and was due to be given his first action in Japan against New Zealand. It was to be in recognition of his 13 years and more than 100 Tests of commitment in the front row.

Conor O’Shea described “horrible” disappointment among his players. Ghiraldini reportedly shed tears after a training session when news broke that the game had been cancelled.

“I’m not saying we would have beaten them, but you want to finish on the pitch,” said the Italy coach. “Anything can happen and you’re very emotional especially for Leonardo Ghiraldini, who missed his last chance to play in an Italy jersey, and to hear that your international career is finished after training is tough to take.

“These guys have given their lives to Italian rugby and their World Cup has ended on the training pitch, when it should be on the playing field.”

The New Zealand coach, Steve Hansen, admitted he would have been frustrated had he been on the receiving end of the raw deal that Italy now find themselves lamenting.

“If we’d had a choice, we would have rather played Friday [instead of Saturday] but it wasn’t our choice, it was out of our control,” said Hansen. “We have to back World Rugby’s decision and if other teams miss out, it’s unfortunate, it’ll be disappointing.

“If you want to be really ruthless, then it’s all about making sure you win the games on the way through because everyone knew this could be a possibility.

“That’s pretty hard-nosed, though, because I know if we were in their situation we’d be disappointed not to have the opportunity to get there. So yes, there’s a lot of sympathy for them. But the right decisions are being made, because it’s all about safety.