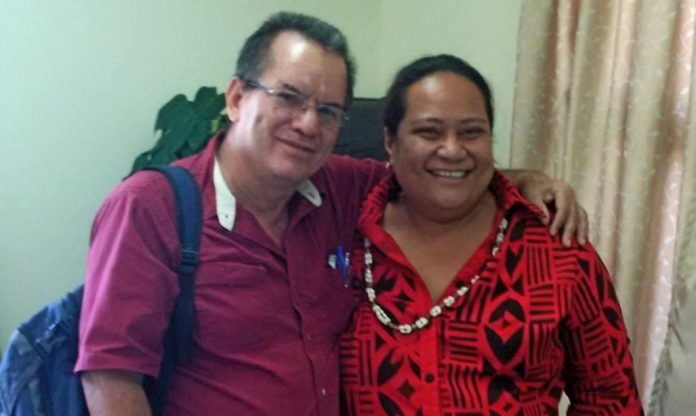 Samoa’s Regulator Lefaoalii Unutoa Auelua Fonoti has today announced her resignation to Cabinet following three months of uncertainty due to a Public Service Commission investigation which she says denied her the basic constitutional right to respond to her accusers.

Equipped with a Bachelor of Engineering (Electronics) from RMIT University in Melbourne, a Masters of Engineering (Engineering Management) from the University of Southern Queensland, and extensive experience in the broadcasting, ICT and telecommunications sectors – Lefaoalii became the first Samoan, and first woman, to be appointed to the role succeeding two overseas-based men.

Samoa’s first local Regulator has been instrumental in empowering women and girls to take up ICT as a Career by initiating the annual celebration of Girls in ICT in Samoa. If not for the global coronavirus lockdowns, Samoa would have hosted the 10th annual ITU Girls in ICT conference as a Pacific first in April this year.

Lefaoalii first joined the Office of the Regulator (OTR) in 2009 as the Manager for Spectrum Management and Technical Services. She worked in that role for six years before her appointment as the Regulator in October 2015, to replace Donnie De Freitas.

Lefaoalii was reappointed for a second term in November 2018, and was one year into her contract renewal when her former secretary Fialupe Fuimaono Uelese, lodged allegations of mistreatment and abuse with the Public Service Commission in May 2019.

It would be months later in February 2020 that the CEO was placed on temporary suspension with full pay on recommendation of the PSC, “to allow the PSC investigation into the allegations”, according to the Minister of Communication and Information Technology (MCIT).

“I want to emphasise that the suspension does not mean the Regulator is guilty,” said Hon Afamasaga Rico Tupai at the time.

In a press statement issued yesterday afternoon, Lefaoalii questioned the process taken by the Public Service Commission, and tenders her resignation saying it is time for herself and her family to move forward.

“It has being a good journey and a wonderful opportunity to serve my country in building a new Government office;

“The only regret I have is the treatment from the Public Service Commission, investigating a charge of which they themselves were the complainant, ignoring fairness in the process as well as denying my guaranteed Constitutional rights in questioning my accusers”.

“However, these things happen and my family as well as I cannot afford to stop our lives for this process; but need to move on with our lives”.

Lefaoalii thanked the Cabinet as well as the many people whom she says had supported her throughout your career, as well as the time she was made to await the PSC process.

“I thank the Honourable Prime Minister and the Cabinet for the wonderful opportunity and trust in giving me this position in the first place;

“However, it is time for me to say my farewell and move on with my life. My family have had to sacrifice a lot for me during my time as the Regulator given the demands of the job”, says Lefaoalii.

She adds that her decision has considered the invaluable advice of her family and close friends who “have counselled me that this is for the better”.

The Regulator’s resignation comes a week after the passing of her predecessor in the role, former Regulator of Samoa, Donnie De Freitas.

“Lastly I would like to take this opportunity to pay my respects to my predecessor and former Regulator of Samoa Donnie De Freitas who passed away peacefully in Fiji last week;

“He was a great mentor and a major influence in my career as well as my professional development. He will be sorely missed. My condolences to Antonia, Donnitto and his family”.