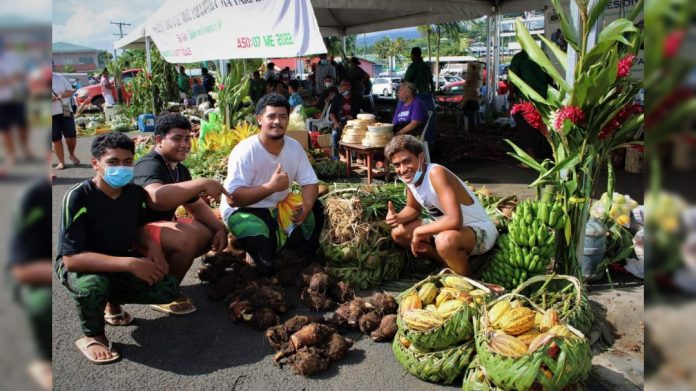 The Talomua event for Saanapu, Safata was run by farmers of the district who have organised themselves into an incorporated body, the Island Farmers and Fishers Association.  The Talomua, was themed, ‘Galulue mo le Manuia sa Lilo’ – Hidden Blessings.

Held on Saturday morning 7th May before Mother’s Day, the Island Farmers and Fishers Association hosted their Talomua at the Fugalei market.

The event was perfectly timed to take advantage of the hustle and bustle of Mother’s Day shoppers, which saw a high public turnout to purchase goods displayed. 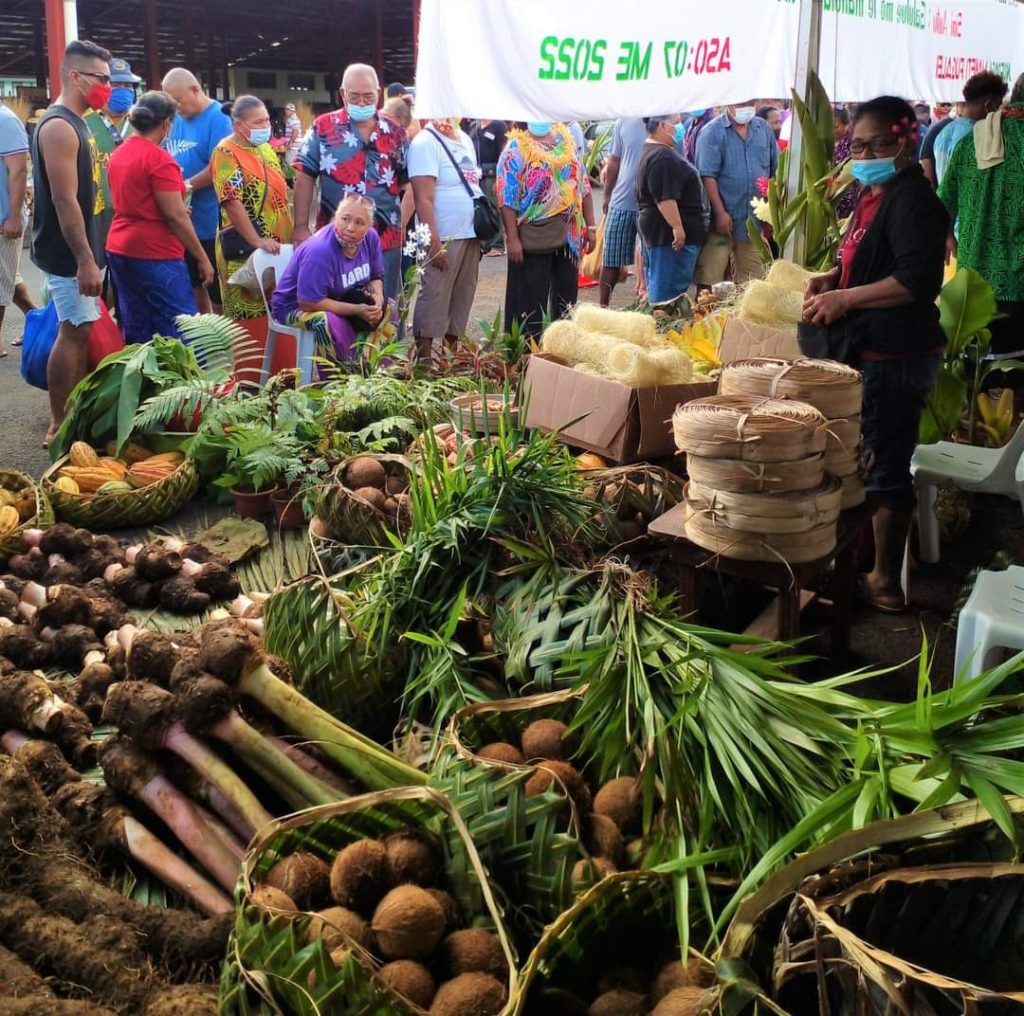 Association Secretary Mr. Taelega Toma told the media they have been planning for this event from four months back.

The President, Mr. Leaana La spoke on behalf of the Association to thank the Government for supporting their Talomua.

Honourable Minister of Agriculture and Fisheries (MAF) Laaulialemalietoa Leuatea Polataivao Fosi Schmidt in his remarks, thanked and congratulated the Association for hosting a successful event. He encouraged the farmers and fishers to prioritise development for the benefit of their families and communities.

Laaulialemalietoa stressed the importance of investing in agriculture and fisheries, as the most effective way to sustain income, food and nutrition security.

The Talomua events have been held across Samoa as a way to promote Agriculture and Fisheries for Samoa’s economic development.

Last week during the Talomua for organically certified village of Tafua in Savaii, Prime Minister Fiame Naomi Mataafa acknowledged the initiative by the MAF Minister in replacing the annual agriculture show with village and district Talomua events.

“This way, more farmers and fisheries around Samoa will have the opportunity to participate in Talomua events within their own villages or districts”.

The MAF calendar has more than twenty communities and districts who have scheduled to host their Talomua events between now and June 2022.

The Minister highlighted the Government’s planned District Development Funding Scheme which will be effective in the next financial year (2022-2023).

The Scheme will further assist the development of farmers and fishers at the grassroots level of each community.

As in all Talomua events the Ministry assisted through the provision of coconut seedlings and fruit trees, packets of vegetable seeds as well as some farming tools and equipment for the farmers and fishers of the Island Farmers and Fishers Association.