The Irish have defeated the All Blacks for the third time in history, dominating possession and territory in a thrilling test match in Dublin.

Ireland dominated from start to finish to topple New Zealand 29-20 at an electric Aviva Stadium on Saturday.

Ireland trailed by five at halftime, then came back to surge into a lead with scores from Ronan Kelleher and Caelan Doris.

The All Blacks fought back through a Will Jordan try and reduced the gap to three with 10 minutes remaining. But Joey Carbery kicked three nerveless penalties to send the home fans into delirium.

It was the first full house at the Aviva Stadium in 21 months.

Ireland outplayed New Zealand to claim a well deserved win in front of a 51,000 crowd at  Lansdowne Road Dublin, the same venue of the first ever clash between the two sides in, in 1905.

The crowd tried to drown out the Haka with a rendition of ‘The Fields of Athenry’, and Ireland responded with a fast-paced attack that kept the All Blacks defending for most of the 80 minutes.

Ireland had a warm up test match against Japan securing a comfortable 60-5 win last week. The All Blacks have dominated their northern hemisphere tour with wins over USA and Wales.

The Irish Times reports the match as an absorbing encounter, attracting excited posts from fans across the world, including Prince William: 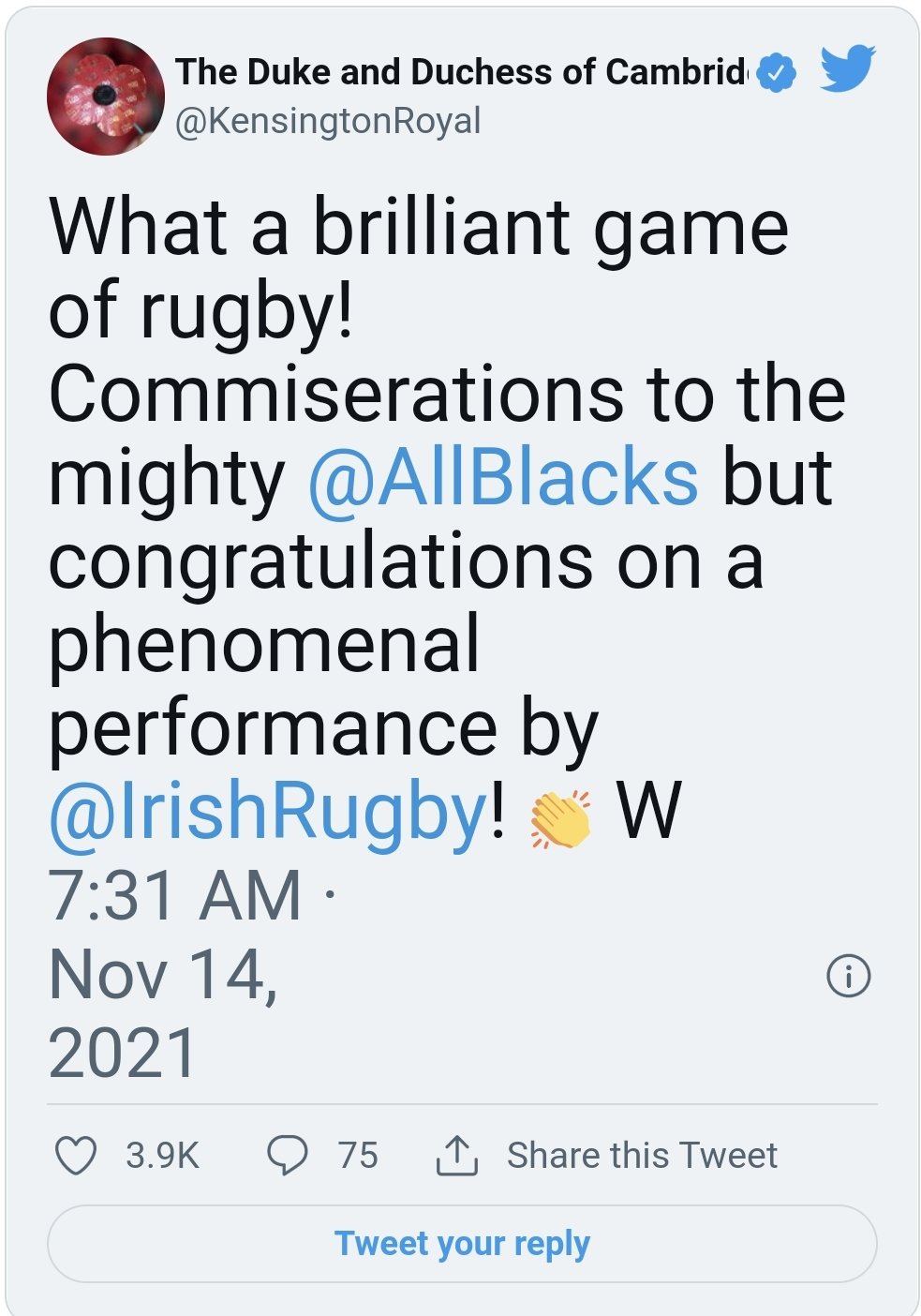 It is Ireland’s seventh consecutive win, proving the side has the ability to compete with the best in the world under Head Coach Andy Farrell’s system of expansive rugby.

It took Ireland 111 years to beat the All Blacks, with a 40-29 win at Soldier Field, Chicago on 5 November 2016. On 17 November 2018 Ireland beat New Zealand 16-9 at the Aviva Stadium Dublin to record their first home win against the All Blacks.

The All Blacks now head into their final test of the year against France next week looking to make amends.