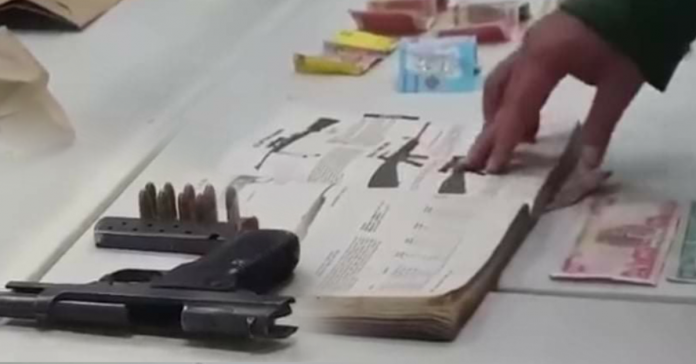 The police will conduct further investigations after finding Iraqi currency and substances likened to cocaine, as well as unusual weapons following an operation at Faleatiu that brought in two men from Faleatiu on Friday morning.

Police Commissioner Su’a Fuiavailiili Egon Keil said this is the first time police have come across the Iraqi dinar in Samoa.

“This is Iraqi money. Iraq! found in Faleatiu…here in Samoa!”

Su’a Fuiavailiili says this is very suspicious, and although they don’t yet know the connection, the Samoa Police Service plan to utilise all its available resources and intel to investigate further.

Also confiscated by the Tactical Operarions Squad (TOS) was a hardcover book with descriptions of various guns.

“These guys are studying all types of weapons; we have in here handguns, shotguns, sniper rifles..” 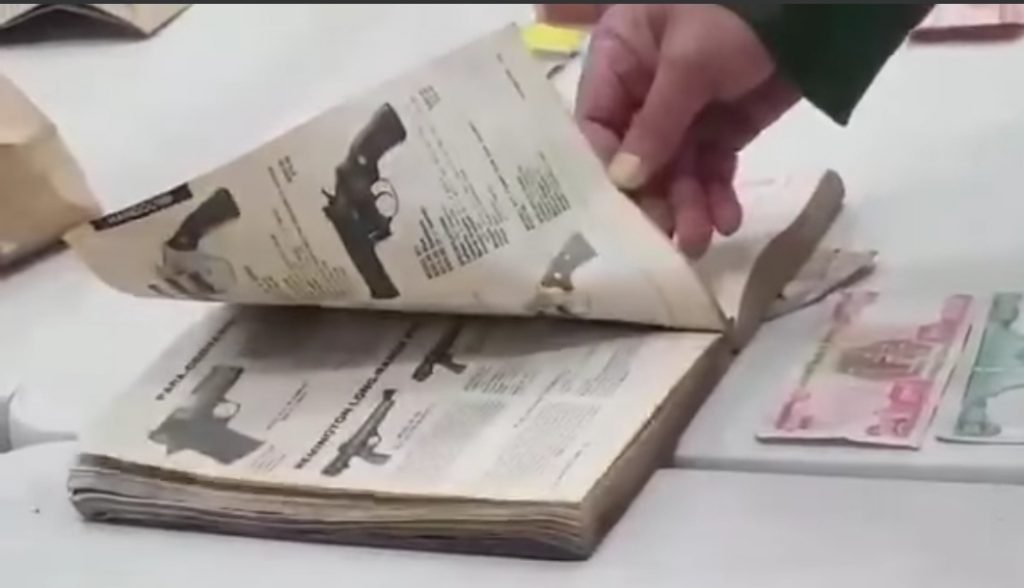 “These are assault rifles, why are you studing these…a faapea o mea la ia o loo maua, what else is out there lea e lei maua?”

All the weapons found and confiscated were illegal and the Commissioner suspects they could be entering Samoa hidden in containers of freight.

There were weapons the Commissioner says are unusal and they have not come across before.

“This is not a popular brand, so we are trying to figure out where these come from, we have connections in the United States who can run this for us”.

The Police Commissioner says 9mm pistols were fully loaded, and the ammunition found were of military grade.

“We shouldn’t be finding these here in Samoa”.

Su’a says this operation has uncovered both weapons and illegal substances that they have not come across before.

The illegal substances, we believe based on our preliminary investigation and my experience,  resembles coacaine, so what is that drug doing here in Samoa?”

Sua says SPS and TOS will tap into their international partners such as Intetpol and the Pacific Transnational Crime Coordination Centre where 21 countries involved, as well as the UN to try and connect the dots.