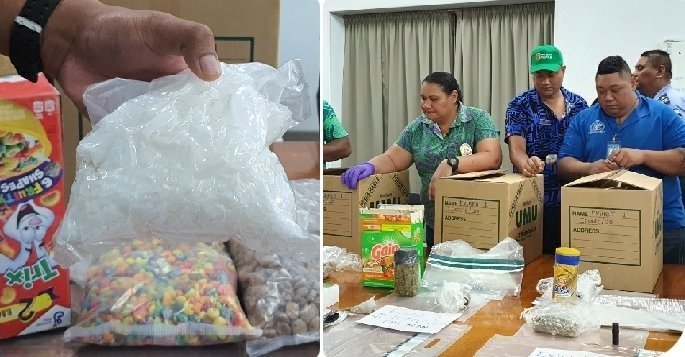 “That’s over half a million tala worth of drugs, that are now off our streets,” said Police Commissioner Su’a Fuiavailiili Egon Keil at the time. 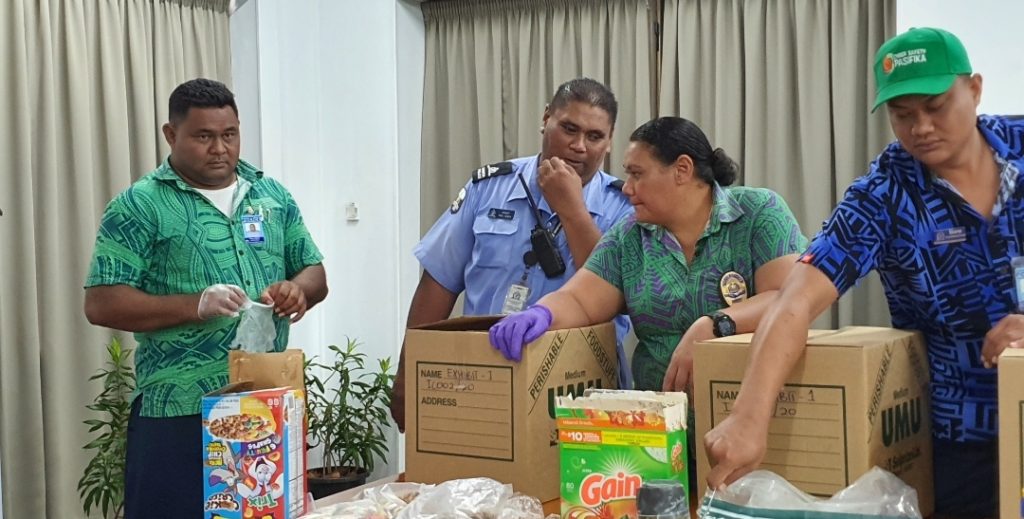 The cargo ship originated in California and arrived into Apia via American Samoa on Thursday 17th of December 2020.  Samoa’s Chief Executive Officer for the Ministry for Customs and Revenue, Matafeo Avalisa Viali-Fautuaalii said the drugs were identified during a random checking process by a K9 Unit Officer and his canine partner.

A specially trained service dog had sniffed out methamphetamine and cannabis packed into boxes of popular American brand cereals and laundry detergent.

Samoa’s Police Commissioner has today confirmed that such cases are complex and SPS will not be pressured into making a premature arrest.

“We must make sure we have probable cause for an arrest, and we have the right person.

Su’a says the Criminal Investigation Division (CID) is working closely with assistance from Customs, and a standard of proof beyond reasonable doubt must be attaied before an arrest is made.

“Arresting an indivual is easy but securing a conviction is most important..

“Premature arrest promotes liability to government and to the officers involved, and could also lead to civil rights violations,” said the Police Commissioner.

“We dont want to take away an innocent persons freedom without legal cause..

“So it will take whatever time it takes to ensure a constitutional arrest. We owe that to the public”, added Su’a.

Police Commissioner Keil said cocaine had also been seized this past year.

“These are being smuggled all over the Pacific and these guys are capitalising on the SOE..

“And in this past 12 months, we’ve even found cocaine! 229 grams of cocaine confiscated at the border this year!..”

“For these bad guys, it’s all about money..”

“But for us, and for (Matafeo) Avalisa’s team, it’s about the safety of our communities; our children, and our future generations..”

Su’a says both Police and Customs are ‘up-ing their game’ and although hundreds of containers enter into Samoa’s ports each month, authorities are using techniques such profiling, and being on top of communications with transnational partners.

Samoa’s Police Commissioner says they will continue the war against drugs in Samoa, and extends his warnings to those smuggling drugs into Samoa.

“We will find those responsible..”