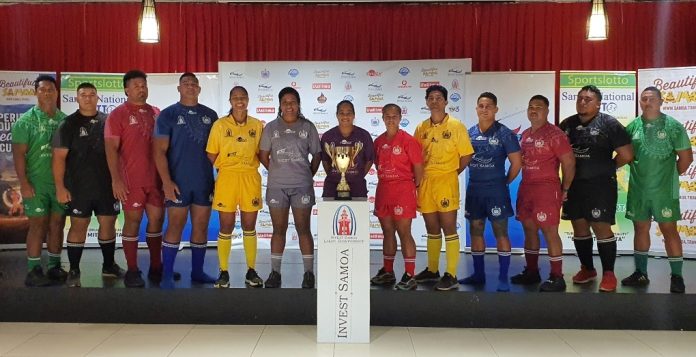 The Samoa Rugby Union officially launched its Invest Samoa Lakapi Championship at a function held at Tanoa Tusitala Hotel Conference Centre on Wednesday night.
The event was led with a blessing by Father Muliau Stowers who stressed the importance of sports players maintaining a balance between physical, spiritual and mental strength. 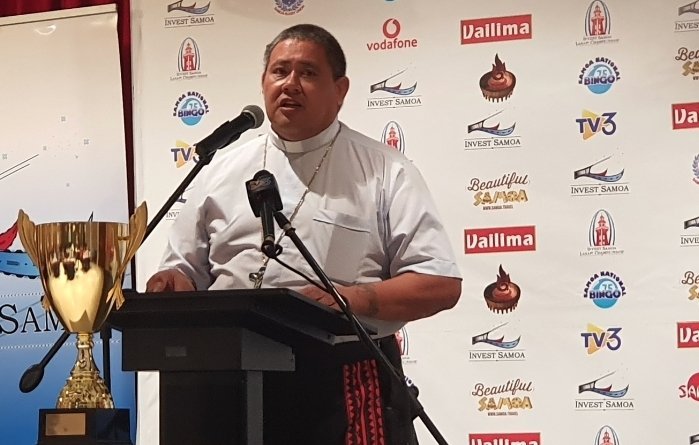 “One of the main reasons why players get into trouble is because they lack spiritual growth and development”, said Fr Stowers.
Samoa Prime Minister and Chairman of Samoa Rugby Union Hon Tuilaepa Lupesoliai Sailepe Malielegaoi spoke to thank the sponsors. The Prime Minister highlighted that the research towards a vaccine for COVID-19 was close which was a good thing for international sports. 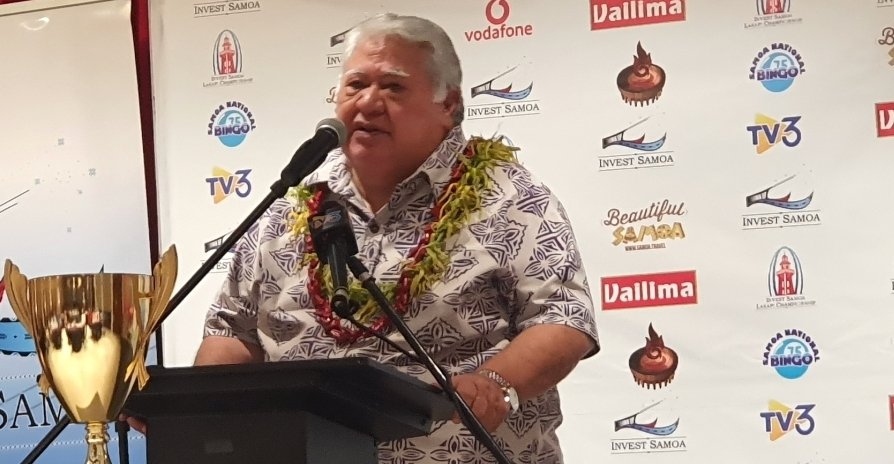 Captains and management of the four mens and women’s teams were announced. The competition starts this evening and will be played every Friday night at Apia Park for the next 4 weeks.
The Samoa International Finance Authority (SIFA) under its brand, Invest Samoa, is the major sponsor. Vailima Breweries has also come on board, as well as the Samoa Tourism Authority.
Other sponsors include Vodafone and TV3.
Womens competiton matches kick off at 2.30pm followed by two matches at 5pm and 7pm where Savaii takes on Upolu and Manono play Apolima.