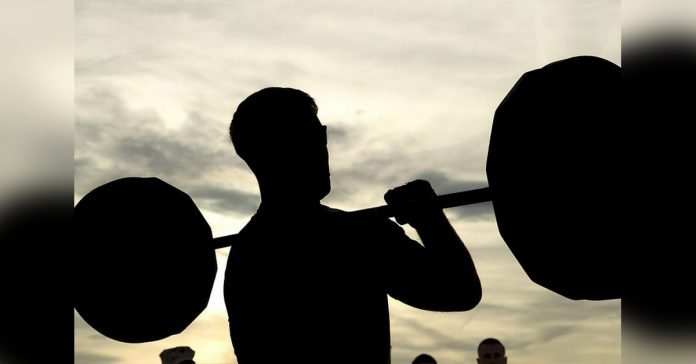 The Ministry of Education Sports and Culture in collaboration with The Samoa Weightlifting Federation are holding its 4th annual Inter College Weightlifting competition on Wednesday 24th of March at Gym 3 Tuanaimato commencing at 7am. This is one of the Sports Division’s annual activities with the aim to identify young talented athletes who have the potential and interest in the sport of weightlifting. This will also give students who are not participating in other sports like netball and rugby, the opportunity to participate to achieve maximum health and wellbeing.

This program has been postponed several times in 2020 due to the Government State of Emergencies’ restrictions which resulted in some challenges including other schools who pulled out and many lifters graduating from school. But despite all that, Sports division finally gets the chance to reschedule the training programs and the competitions to March this year.

MESC would like to acknowledge the greatest support from the Samoa Weightlifting Federation by providing coaches to train the lifters since the program started on February 1st. They will also be fully responsible for running the competition on the day. We would also like to acknowledge the support from the Principals and coaches from the above schools and would like to wish all the lifters the best in the competition.

Furthermore, there is an intention that at the end of the program, the most outstanding athletes will be selected to train at a training camp hosted by the Samoa Weightlifting Federation during the two weeks school holidays. This will provide them with an opportunity to develop their skills and knowledge of the sport and will also establish better pathways for their weightlifting achievement as an athlete. 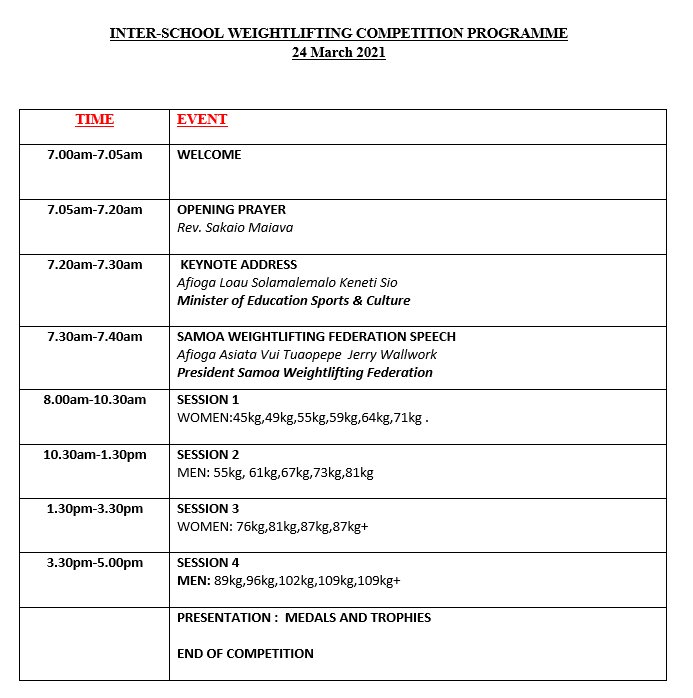