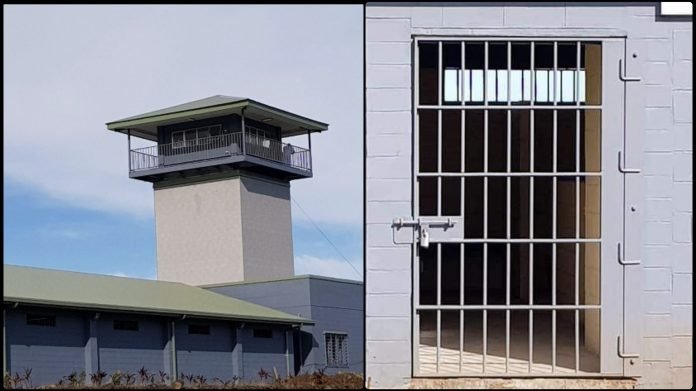 11:30am Tuesday 29 March 2022. An incident at the Tanumalala Prison has seen a stream of police vehicles from Apia heading through the Tuanaimato area towards the Aleisa Road this afternoon, all with sirens blazing heading to the nation’s main corrections facility.

The Minister of Police Lefau Harry Schuster says he is awaiting further reports, however, he has been told that prisoners have managed to break out of their cells, but have not yet breached the prison walls.

“There are more police officers heading there now to assist and help secure the vicinity,” he said. “I will be receiving an updated report shortly.”

In an earlier interview with Deputy Police Commissioner Auapaau Logoitino Filipo, he had confirmed Tanumalala prison was covid-free, however, due to the national lockdown, visitations and weekend paroles were all on put on hold. He had also confirmed that all Corrections Officers were camped therein and have not been able to leave or visit their families since the lockdown to ensure the safety of all.

The Tanumalala prison is a high security corrections facility opened in June 2019. On the night of the 23rd of March 2020, a mass prison break saw 29 prisoners escape from Tanumalala, prompting the government to re-merge the then independently operating Prison and Corrections Services with the Minsitry of Police.

At the time the Samoa Police displayed various metal makeshift weapons found on prisoners who had escaped Tanumalala during the mass prion break.

In that incident the Samoa Police caught and returned every single escaped prisoner to Tanumalala, and also conducted a clean sweep of the facility, confiscating several illegal goods and smuggled materials that could potentiallly be used as weapons.

This is a developing story..