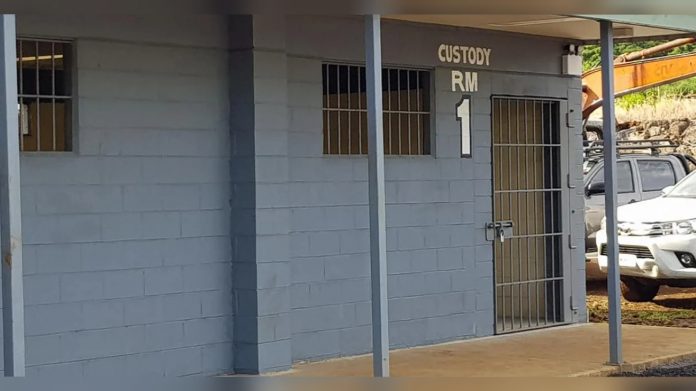 Deputy Commissioner and SPPCS spokesperson, Auapaau Logoitino Filipo said the Ministry is well prepared for the cases that have emerged and for now they are following the MOH covid advice to rest, have plenty of fluids and take panadols for fever and soreness.

So far there are 7 males and 2 famale inmates affected, and they have been transferred to separate cells for isolation, said Auapaau.

Tanumalala has a separate section for female inmates, and an isolation cell for the two females who have tested positive has been set apart.

Auapaau says the 22 guards affected have been moved to the one of the special SPPCS isolation sites for officers.

There are over 100 prison guards at Tanumalala, with around 300 inmates. “There is still an adequate number of guards there, and we also have a team of 100 on stand-by incase the inmates become unsettled with covid now affecting some of them.”

Regarding the welfare of prisoners affected, Auapaau said there is a special team of prison guards, already trained to conduct regular covid testing and provide initial healthcare.

“We are closely monitoring the situation, and will evaluate on a case-by-case basis, to ensure inmates are well cared for,” said the Deputy Commissioner. “If a need for hospitalisation arises, then we will liaise with MOH on a possible transfer to the isolation unit, or have a medical team brought up to Tanumalala where we are able to continue to provide security..

“All those options are available to us as we monitor the situation.”

Auapaau said the protocol of maintaining Tanumalala as a bubble with prison guards camped and visitations on hold, was broken during the recent attempted prison break on Tuesday 29th March.

“We suspect that this is where there may have been a breach, when over 50 police officers responded to settle the attempted break-out of their cells last month.”

The Deputy Police Commissioner says the message being conveyed to inmates complaining about the stringent rules being applied during this time, is that this is a nation-wide outbreak affecting all of Samoa, and lockdown rules are being applied to all citizens.

Auapaau said he expects the number at Tanumalala to double or even triple in the coming weeks, however, the country and families can be assured that the SPPCS leadership team will continue to closely monitor Samoa’s corrections facility and do everything they can to ensure the health and wellbeing of both inmates and guards at this time.