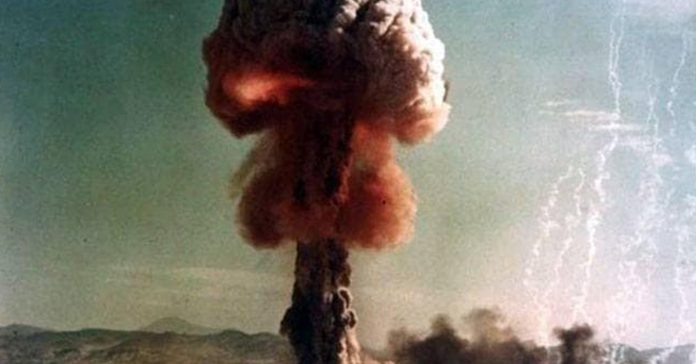 In the Rajasthan Desert in the municipality of Pokhran, India successfully detonates its first nuclear weapon, a fission bomb similar in explosive power to the U.S. atomic bomb dropped on Hiroshima, Japan. The test fell on the traditional anniversary of the Buddha’s enlightenment, and Indian Prime Minister Indira Gandhi received the message “Buddha has smiled” from the exuberant test-site scientists after the detonation. The test, which made India the world’s sixth nuclear power, broke the nuclear monopoly of the five members of the U.N. Security Council–the United States, the Soviet Union, Great Britain, China, and France.

India, which suffered continuing border disputes with China, refused to sign the Nuclear Non-Proliferation Treaty in 1968. Fearing a second war with China and a fourth war with Pakistan, India actively sought the development of a nuclear deterrent in the early 1970s. The successful detonation of its first bomb on May 18, 1974, set off an expanded arms race with Pakistan that saw no further nuclear tests but the development of lethal intermediate and long-range ballistic missiles by both countries. On May 11, 1998, India resumed nuclear testing, leading to international outrage and Pakistan’s detonation of its first nuclear bomb later in the month.