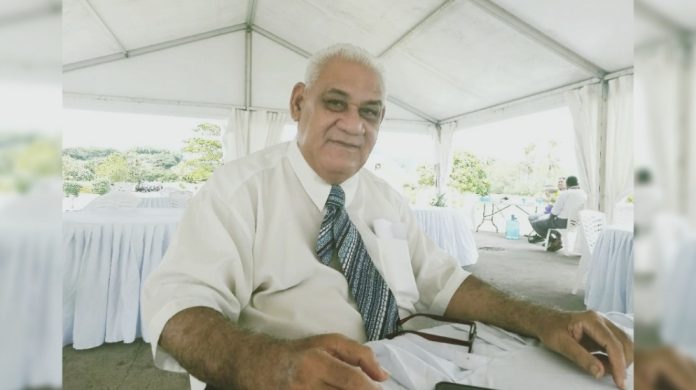 Member of Parliament for Faleata 4, Hon Ale Vena Ale has confirmed that he wants to move from the opposition Human Rights Protection Party (HRPP) and become an Independent.

Speaking to Samoa Global News outside Parliament this afternoon, the former PSC Commissioner and long-standing member of HRPP said he is unhappy with his party.

“I am not happy with our leader, because he does not accept the advice that we need someone else to lead the party.”

Ale said it is common for political parties in democratic governments to change their leadership when things are not going well.

Samoa’s Electoral Act prohibits MPs from crossing the floor, or leaving their party to become an Independent MP.  Members who do so will have to return to a by-election.

Earlier this week, Ale Vena Ale spoke in Parliament to state that MPs should be allowed to leave the political party they had pledged to belong to during elections, and become an Independent MP, if they are unhappy with the party.

The MP for Faleata 4 had elaborated.. “Why would an MP want to remain with a party, “if they know, and they can see, that there are many issues? No Can!” Ale said in Parliament on Wednesday.

Ale said it is normal for party leaders in democratic governments to resign from leadership when things are not going well.

Asked for a comment, HRPP Secretary Lealailepule Rimoni Aiafi said this comes as a surprise to them because Ale had attended a party meeting just the day before, on Thursday.

When asked by his party about his comments in Parliament, Ale had brushed it aside, said Lealailepule. “He told us it was all just politics”.

According to Lealailepule, Ale had told HRPP on Thursday, that he had no intentions of leaving the party.

“But if that is what he is now saying, then that is his own right,” said Lealailepule, “but he would have to go back to by-elections as the Law dictates.”

“That kind of an MP is a waste of time,” he added.

If HRPP should decide to remove him from the party for speaking out, then according to Ale, he will seek legal action.

Ale told SGN he was already in discussions with his lawyer as to how he could move from HRPP and become an Independent, without having to return to a by-election.