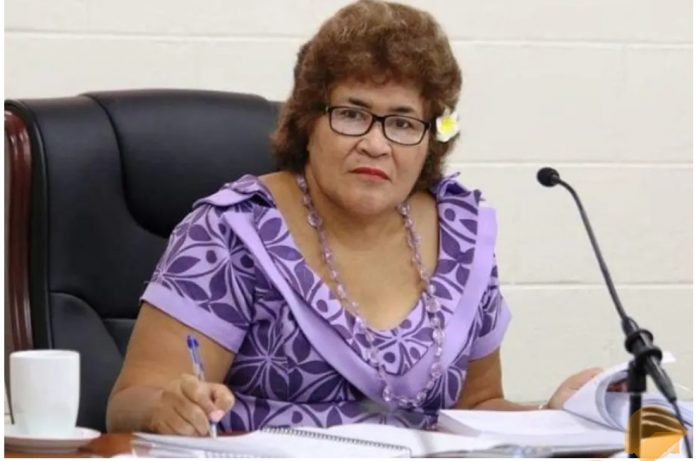 In an unexpected move the Office of the Electoral Commissioner has announced on their Facebook page that a 6th woman would enter the Parliament of Samoa to make up the minimum 10% as required by the Constitution.

Former Chair of the Parliamentary Finance Committee Aliimalemanu Moti Momoemausu Alofa Tuuau has been declared a Member of Parliament by a decree signed by the Head of State this evening. This takes HRPP to 26 seats. 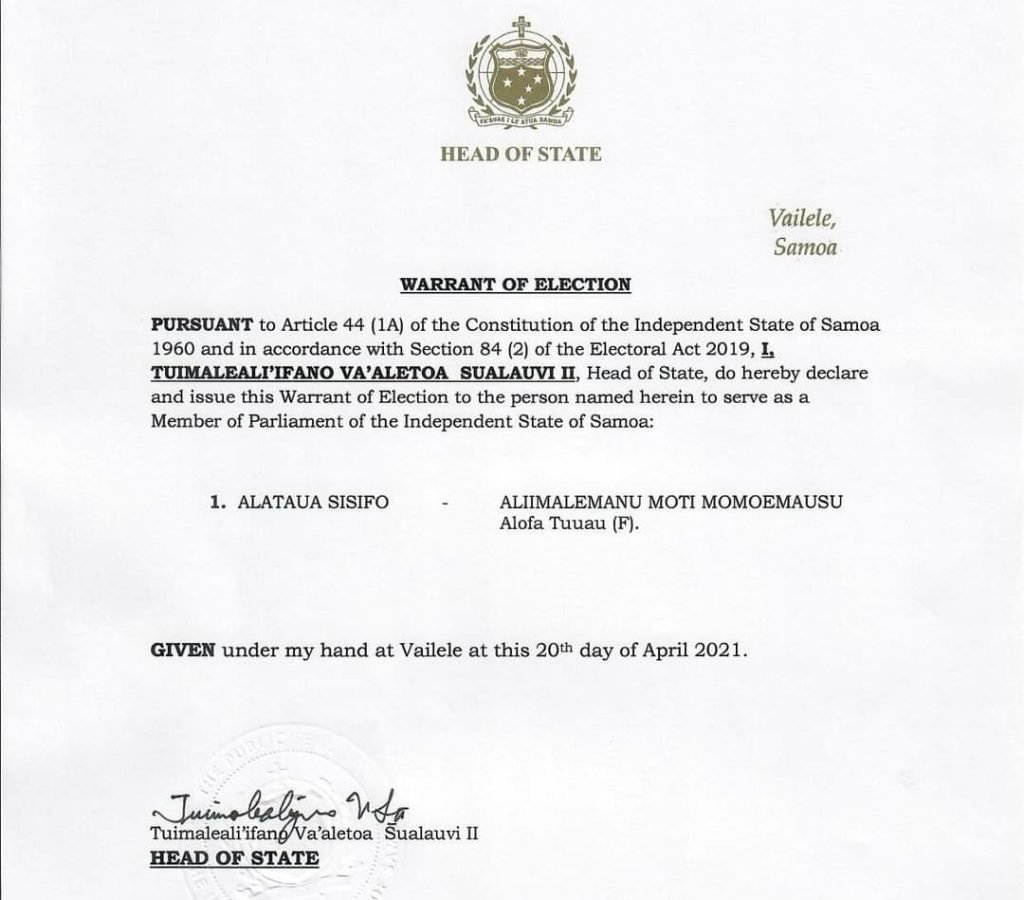 The decision by the OEC as to which woman comes through the temporary measure is aligned to the Constitution which says it is the candidate with the highest percentage of votes. Aliimalemanu won just over 40% of the total votes cast in her Constituency.

Notwithstanding that, the Constitution also says, where there is doubt about the 10% minimum, that minimum number shall be 5. 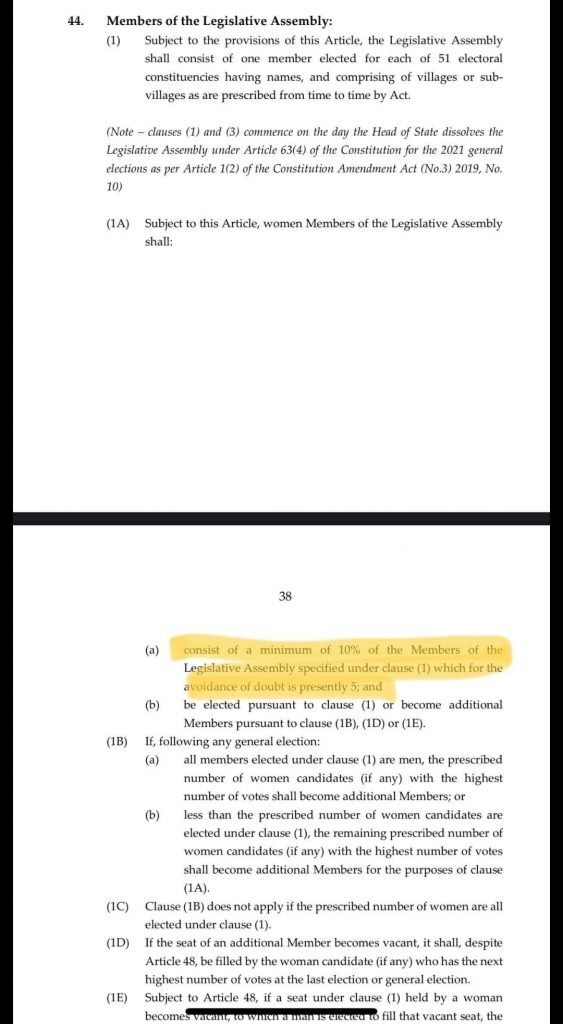 The move to announce Aliimalemanu as signed by the Head of State comes after Samoa’s formal 2021 general election results announced last Friday declared a 25-25 tie between the two political parties HRPP and FAST, with one Independent member making up the 51 seats. Five women were listed in the formal results announced last week.

The country had been eagerly awaiting the decision of Independent Member Tuala Tevaga Iosefo Ponifasio as to which party he would join.

Unconfirmed reports say Tuala was about to make his move to FAST known tomorrow.

However in a twist and somewhat second thought consideration.. the 9.8% being 5/51 previously considered to be close enough to round up to 10, has been interpreted as not meeting the Constitutional requirement.

Aliimalemanu was not announced together with the formal Election Results, finalised and made known last Friday evening.

As it now stands, if Tuala should decide to join Faatuatua I Le Atua Samoa ua Tasi, Samoa will have a hung Parliament at 26-26. However if Tuala should choose to remain Independent, or even perhaps join HRPP, the Human Rights Protection Party will govern.

Despite current results and even a Parliament forming, several court cases loom as candidates sue each other for breaking election rules. A practice which has become a norm in Samoa post election.

In 2016 there were 49 Parliamentary seats. Four women won their electoral seats making 8.16% so Faaulusau Rosa Lavea became the 50th Member of Samoa’s XVI Parliament. It meant Gagaifomauga No3 has not one but two representatives in Parliament. It is a special temporary measure for women to hold a minimum 10% of seats.

For these recent 2021 elections, there were 51 seats with 5 women securing wins as announced by the official results last Friday. 5/51 = 9.8%