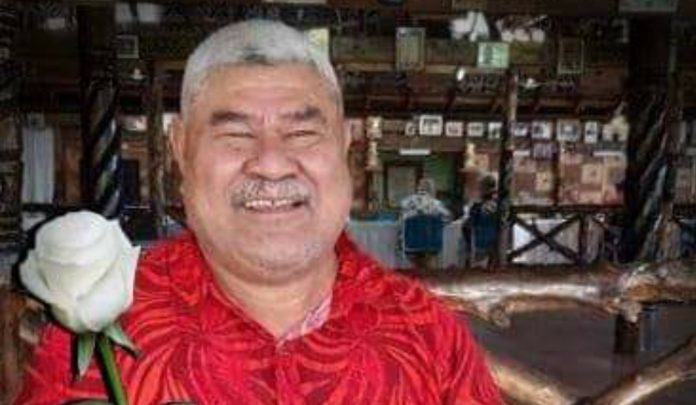 18 June 2021, Mulinuu Apia Samoa. The former Commissioner of Fire and Emergency Services Authority (FESA) Taueva Faafouina Mupo Sauvao, has withdrawn his election petition against the winning Member of Parliament for Aana Alofi No.1.

Lawyer for Taueva, Tuatagaloa Shane Wulf told the Court the matter was settled and both parties had agreed to withdraw their petitions. 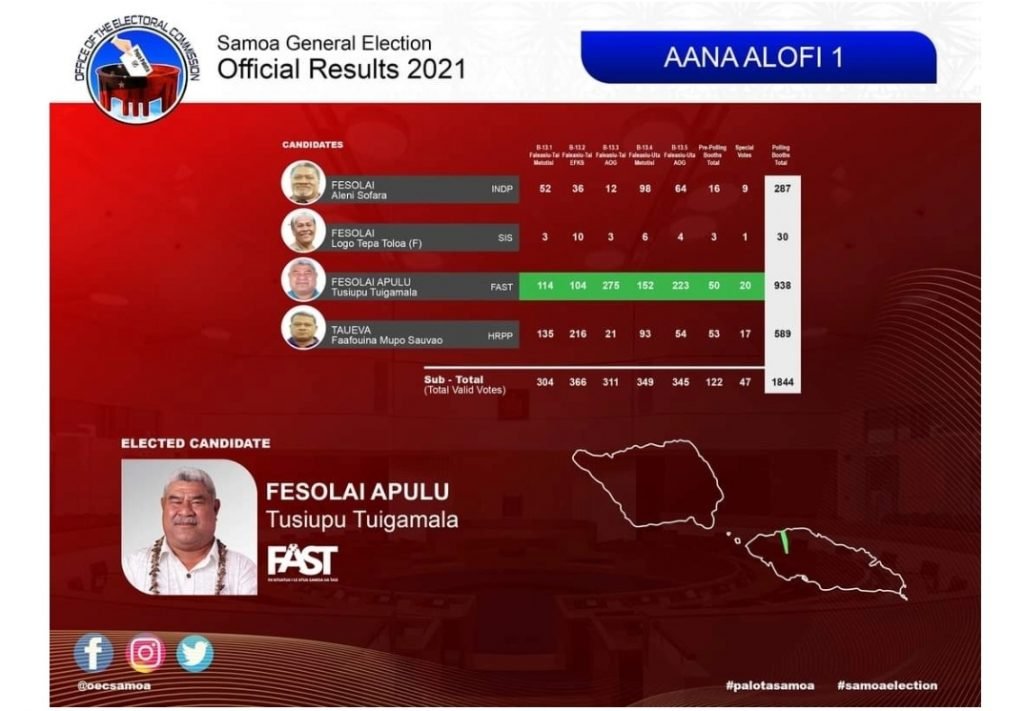 Outside Court Fesolai acknowledged Taueva for agreeing to withdraw; which allows him to serve as the Aana Alofi No 1 MP for the next five years.

“I thank Taueva for this opportunity to serve the constituency to the best of my ability, with love and with honesty,” Fesolai said.

Fesolai polled 349 more than Taueva at the April 9th general elections, with 938 votes to Taueva’s 589.

This is the second HRPP petition withdrawn against a FAST elected MP since election petitions started before the Supreme Court.

Last week former Associate Minister of Justice Sooalo Umi Feo Mene withdrew his petition  against FAST MP Vaele Paiaaua Iona Sekuini who is now the confirmed MP for the Gagaifomauga 2 constituency over the next 5 years.