13 September 2021, Apia Samoa. The Speaker of Samoa’s Parliament, Papalii Lio Oloipola Taeu Masipau has issued a decision that prohibits elected members of the Human Rights Protection Party from entering Parliament at its first full sitting in the Maota Fono since the nation went to general elections five months ago.

The Speaker makes his position clear in a letter published in verbatim below, that members of the Human Rights Protection Party (HRPP) “who have not yet been sworn in will not be allowed to attend the sitting.”

Papalii says his decision is based on HRPP’s “continual opposition and non-acceptance of the current government led by FAST – Faatuatua i le Atua Samoa ua Tasi, who were sworn in on the 24 May 2021”.

“Your unceasing refusal to accept the swearing in which occurred on the mentioned date also means that you do not accept my position as Speaker”.

“Because of these reasons, a swearing in of the Members of the Human Rights Protection Party will not take place at the Parliament sitting on Tuesday 14 September 2021”.

“Since there will not be a swearing in on Tuesday, your members who have not been sworn in will not be allowed to attend the sitting.” 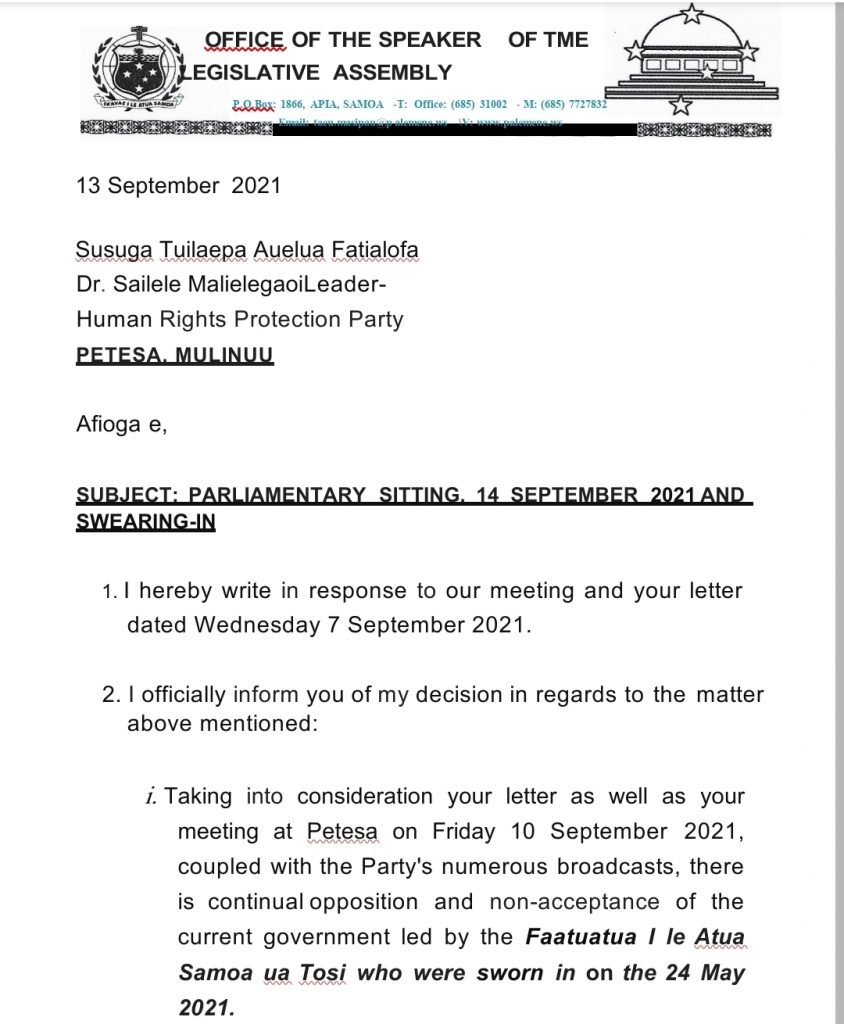 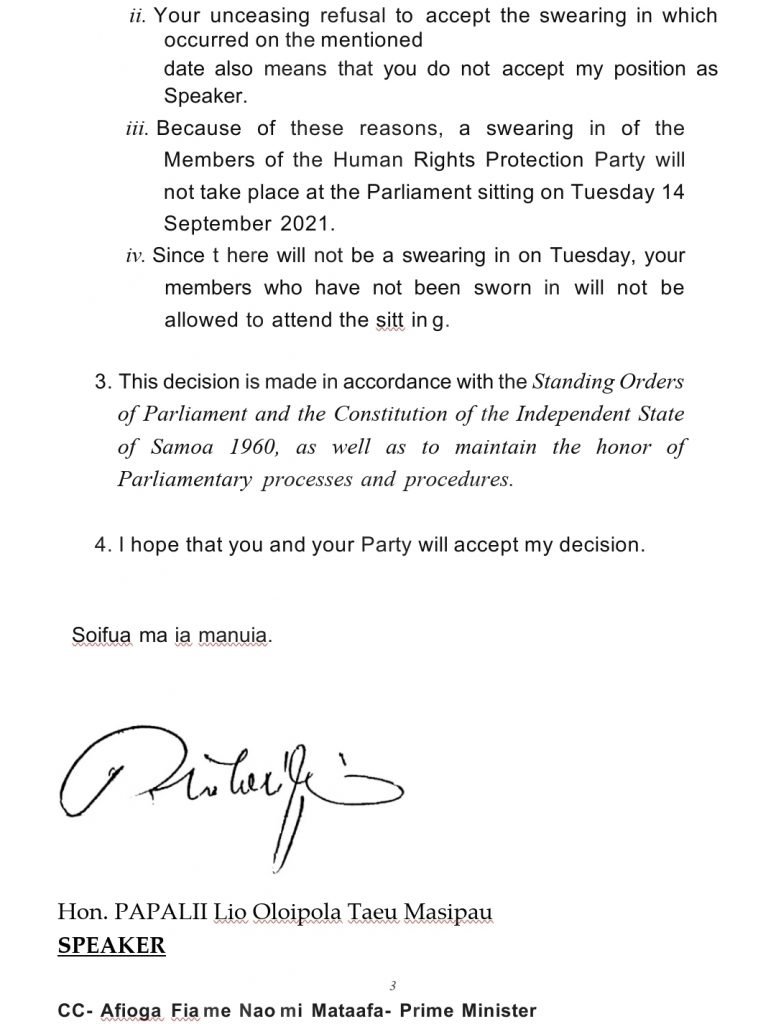 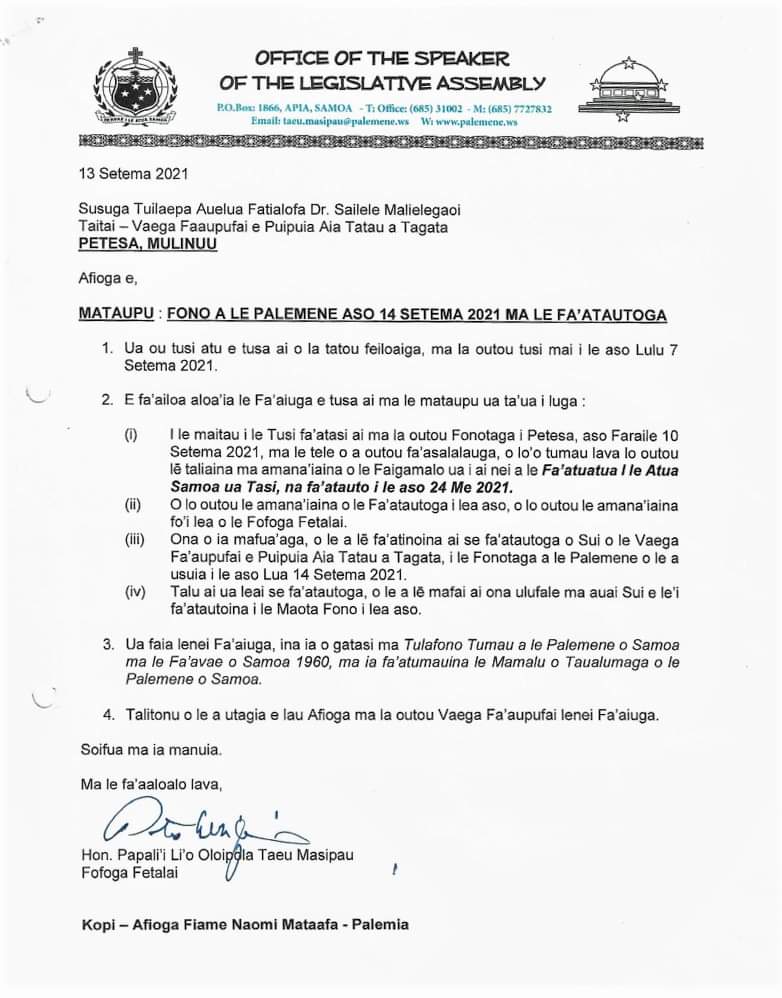