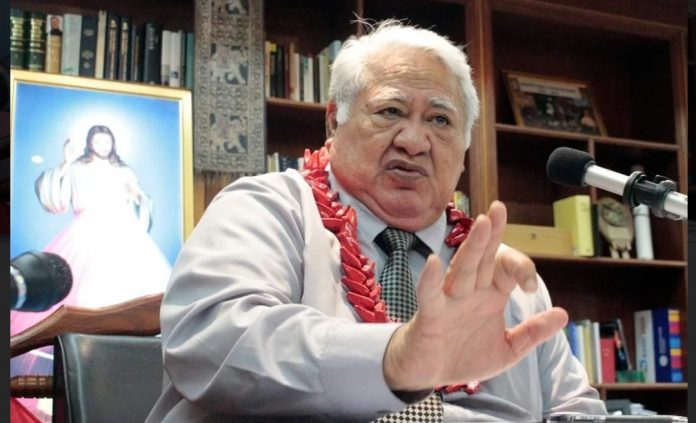 01 September 2020, Apia Samoa. The $200,000 tala allocation approved in the Legislative Assembly’s’ Fiscal Year Budget 2020-2021 for the Human Rights Protection Party (HRPP) has been reabsorbed back into the government budget to assist the country in its COVID-19 response.

A press release issued by the Cabinet Press Secretariat states that, “this was approved in a Cabinet directive FK (20)30 on 29th July 2020, almost a month ago, prior to the Samoa Observer splashing a front page article headlined ‘Ruling H.R.P.P. gets $200,000 from Legislative Assembly’ published Sunday, 30th August 2020″.

According to the press statement, members of the HRPP had met immediately after the 2020-2021 budget was approved, and unanimously decided to not take the parliamentary allocation due to them under Legislative Assembly allocations for recognised political parties.

“Being very mindful of government’s tireless efforts to keep Samoa COVID free, the HRPP caucus had decided… to keep the allocation in the budget to assist with national efforts to safeguard Samoa from the virus”.

CEO of the Ministry of the Prime Minister and Cabinet, Agafili Tomaimano Shem Leo confirmed that the decision was passed by Cabinet.

Also the Secretary to Cabinet, Agafili said, “The decision to reprioritise the said allocation is a Cabinet Directive and this has been executed accordingly”.

The annual allocation is distributed to registered political parties recognised in Parliament as required under House Standing Orders. A Political Party is mandated have no less than 8 members of Parliament to be recognised in the House, and to qualify for this allocation.

“This funding was introduced 30 years ago by the late Prime Minister – Hon. Tofilau Eti Alesana.  It was designed to assist political parties to perform and conduct their prescribed duties and responsibilities in compliance with good governance principles and to prevent any likely occurrence of malpractice”.