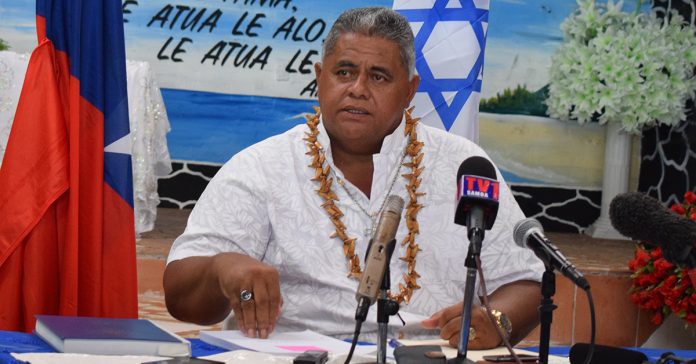 04 February 2019  Apia Samoa. Former Minsiter of Agriculture and Speaker of Parliament Laaulialemalietoa Leuatea Polataivao confirmed during a press conference today that he has received a letter from the leader of the ruling HRPP party and Prime Minister, Tuilaepa Sailele Malielegaoi.

The media received advice to attend a press conference this afternoon where the Gagaifomauga No.3 MP and long-serving loyal member of HRPP confirmed that he did not resign and does not plan to do so.

“I’m telling you I haven’t resigned and I won’t resign.”

The media turned up in numbers anticipating details of the letter sent to Laauli from the party leader however the former party whip did not reveal what was conveyed to him in the letter.

Instead he told the media that he has prepared a response to the PM’s letter. He added that he would need to consult with his constituency.