The Human Rights Protection Party met with members of the Falealili 2 constituency last Friday in the lead-up to the by-election set for Friday 26 November 2021. 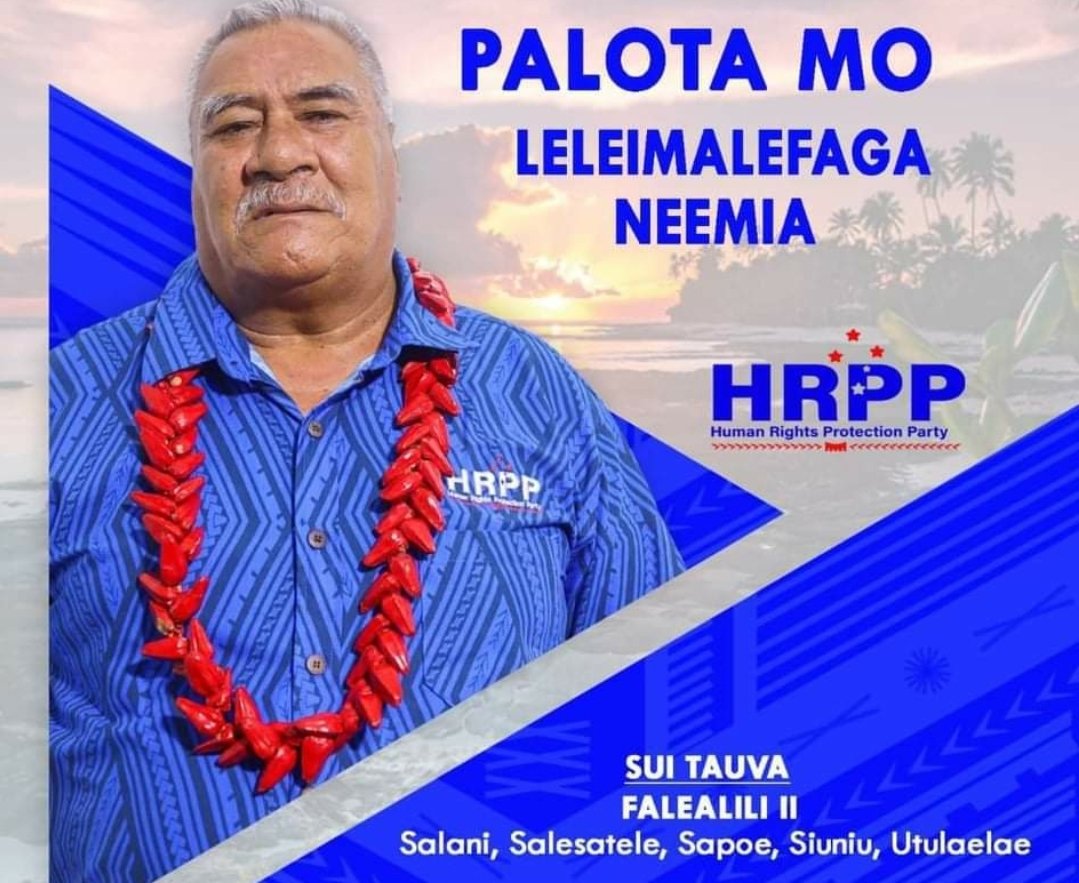 “Leleimalefaga has lived in Salesatele his entire life and understands the needs of the constituency,” said Spokesperson for HRPP Toeolesulusulu Rico Tupai in response to questions from Samoa Global News.

Voters were given the opportunity to voice district priorities and concerns.

Matai once again raised the popular issue amongst villagers of the $1 million tala set to be distributed by the new FAST government as a district development fund. An increment has been set aside in the 9-month government budget recently passed by Parliament, to prepare committees and formalise a proper process for its implementation and roll out.

However Taelega Mane said they were concerned with the set-up of district committees. They alleged the Government was deciding committee membership instead of allowing them to select village representatives onto the committees.

The other common issue of customary land being taken over by Chinese was also raised. In response, HRPP Deputy Leader Fonotoe Lauofo explained that customary lands in Samoa are safely protected under the Constitution.

“No Chinese, or anyone, even a Samoan local or overseas can just claim or buy customary land,” said Fonotoe who asked the matai if they could bring forward just one example of a case where family and village lands had been taken forcibly.

Another issue raised was speculation that former Prime Minister Tuilaepa Dr Sailele Malielegaoi owned properties in New Zealand, Australia and the US, as well as savings in big banks overseas.

The HRPP leader vehemently denied the rumours and asked his accusers to bring forth evidence for these claims, including alleged properties owned and fat overseas bank accounts said to belong to Tuilaepa.

“So far, not one bit of evidence has been presented to support these claims”. 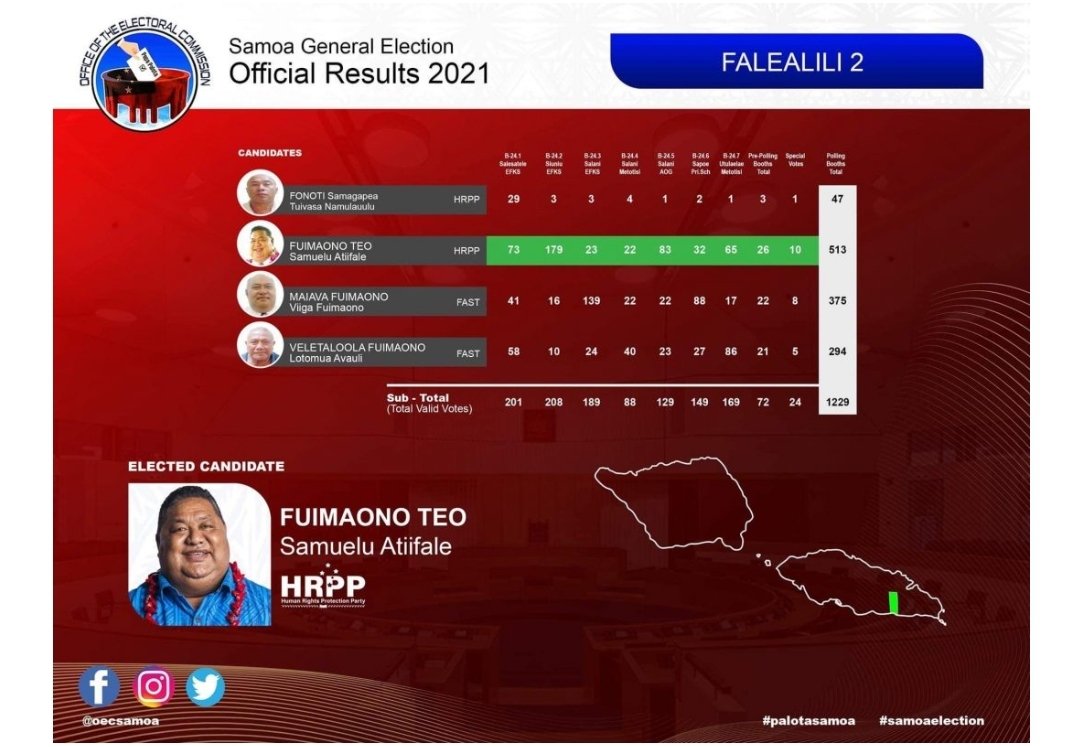 The Falealili 2 district had 4 runners in the April 9 general election where 1,229 people voted for 4 running candidates.

Polling day for all 7 by-elections for Samoa is set for Friday 26 November 2021.