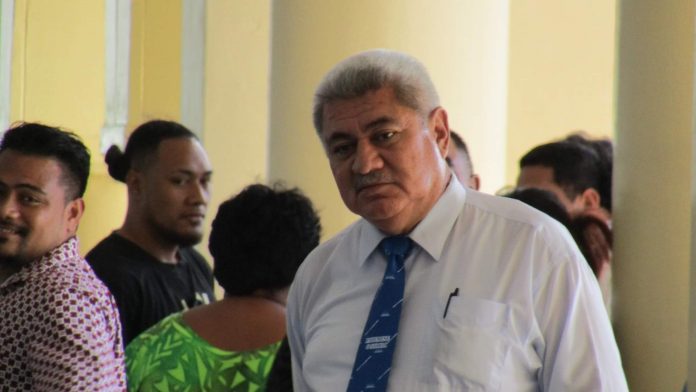 One of Samoa’s senior lawyers, also Deputy Leader of the opposition Human Rights Protection Party, is worried the country is slipping into becoming a “failed State”.

Lauofo Nuafesili Fonotoe Pierre Lauofo Meredith said on TV1Samoas Good Morning Samoa programme earlier today that the judiciary has caused the erosion of the Constitution and effectively put itself above Parliament through its recent decisions.

“The Court has ventured beyond the rule of law and has entered the realm of politics,” he said on the programme, which is live on television and radio.

“We are always promoting the rule of law which governs all people but when that fails we get the rule of judges, then failing that, we will have the rule of men which when it fails then the rule of the gun will prevail,” said the former Minister and Chief Executive Officer of the Ministry of Justice and Courts Administration.

Guns were fired at the Salelologa roadblock last week and social media videos showed village matai and youth of Sasina village bearing arms at their roadblock.

“We must make sure we stop these antics and ensure it does not ever happen again,” he said.

Lauofo said he is also worried that Samoa may end up being a judicial supremacy as it seems to be happening in the United States of America.

According to Lauofo, the Court has put itself above the other sectors of government as stipulated under the Constitution.

He said the main reason for the rallies in Upolu and Savaii was to make people aware of the frightening depths the Court has taken the country and its Parliament and has completely silenced the constitutional powers of the Head of State.

“It has used things that are not in the Constitution in making its decision to legalise the swearing in of FAST by a couple of lawyers who are notary public.”

He said basically the Court is now saying anyone can swear in Parliament which is not what the Constitution says.