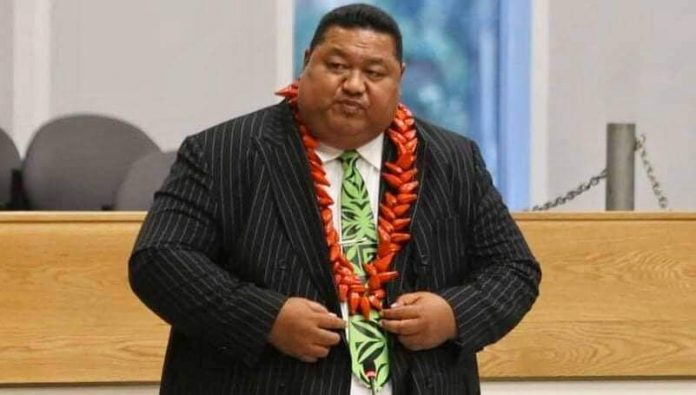 The Human Rights Protection Party (HRPP) went to vote on Thursday night to decide who they would put forward as Speaker and Deputy Speaker of the House, for whenever Samoa’s Parliament should resume.

Afioga Fuimaono Te’o Samuelu Atiifale from Falealili 2 district is HRPP’s choice for Speaker of the House. The MP from Falealili comes as no surprise, known for his amplified orator voice and eloquent expression of customs and traditions.

Fuimaono served the past five years on several select committees of Parliament and returns for his second consecutive term representing the villages of Salesatele, Salani, Siuniu, Sapoe and Utulaelae of Falealili East.

Coming in second place and will therefore be HRPPs choice for Deputy Speaker is Ale Vena Ale who has been a Member of Parliament before and has also held the position of Public Service Commissioner.

Ale had a short stint back to Parliament in 2010 beating Lealailepule Rimoni Aiafi in a  forcer by-election, when Leala moved to Tautua Samoa. However, Ale lost the seat less than a year later in the 2011 general election when Lealailepule returned to Parliament.

Ale edged out former CEO of MNRE Ulu Bismark Crawley in the recent general election, for the seat of Faleata 4 now separated from Vaitele leaving just the villages of Puipaa, Toamua and Saina.

The official results as released by the Office of the Electoral Commissioner has Samoa’s Legislative Assembly currently hung at 26 HRPP, 26 FAST, and 1 Independent.