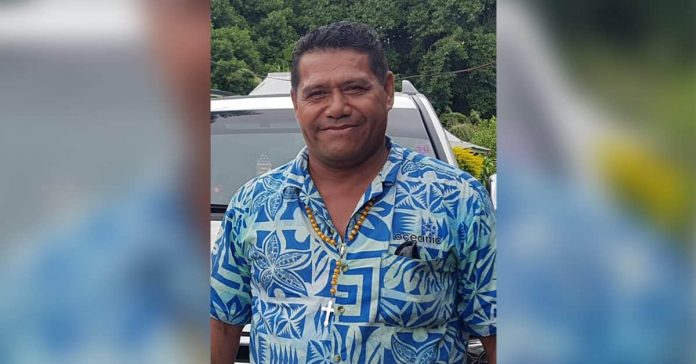 8 July, 2020 Apia Samoa Elections. A farmer from the village of Safotu who has registered his interest to run as an HRPP candidate against Minister of Health Faimalotoa Kika Stowers says the development of lands and farming should be the first priority within villages at this time.

“Samoa is blessed with access to lands, but most of the land in our village is not being utilised” he told Samoa Global News.

Timu Iokopo Lafaele herds cattle and says farming should be the priority for Samoa’s development at this time.

Following in his father’s footsteps, Timu Iakopo Lafaele is the son of the late Hon. Timu Lafaele who was the Member of Parliament for Gagaifomauga No.1 from 1988-1991.

The 47 year old father of 14 children said he wants to continue the service to the village and the constituency.

Asked about running as another HRPP against one of only 5 women in Parliament, Timu said he praises the good work of the current member of parliament from his constituency and has nothing against Faimalotoa Kika Stowers.

Timu added that all decisions are from God, and he feels this is a calling for him.