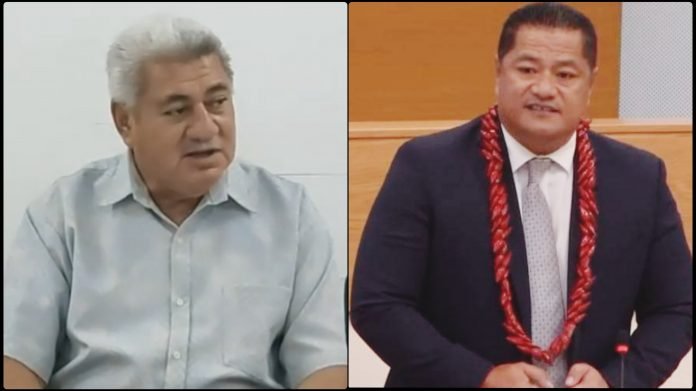 The Human Rights Protection Party (HRPP) have this morning announced they have endorsed two candidates for the upcoming Gagaifomauga 2 by-election in Savaii. The seat was vacated in March with the sudden passing of Associate Minister for Agriculture and Fisheries, Afioga Vaele Paiaaua Iona Sekuini.

In a press conference held at party headquarters this morning, Deputy Leader Fonotoe Luafesili Pierre Lauofo and Secretary Lealailepule Rimoni Aiafi announced that former MP for Gagaifomauga No.2 who had also served as Associate Minister of Justice, Sooalo Umi Feo Mene, is one of the two candidates.

The second candidate is an elderly matai and long serving educationalist and teacher from Samauga. Sooalo Poka is putting his hand up for the first time, having never before competed in an election.

Fonotoe told the media Sooalo Poka is long serving member of the Samauga Village Council, and is one of the main talking chiefs (faiupu) of Samauga village. 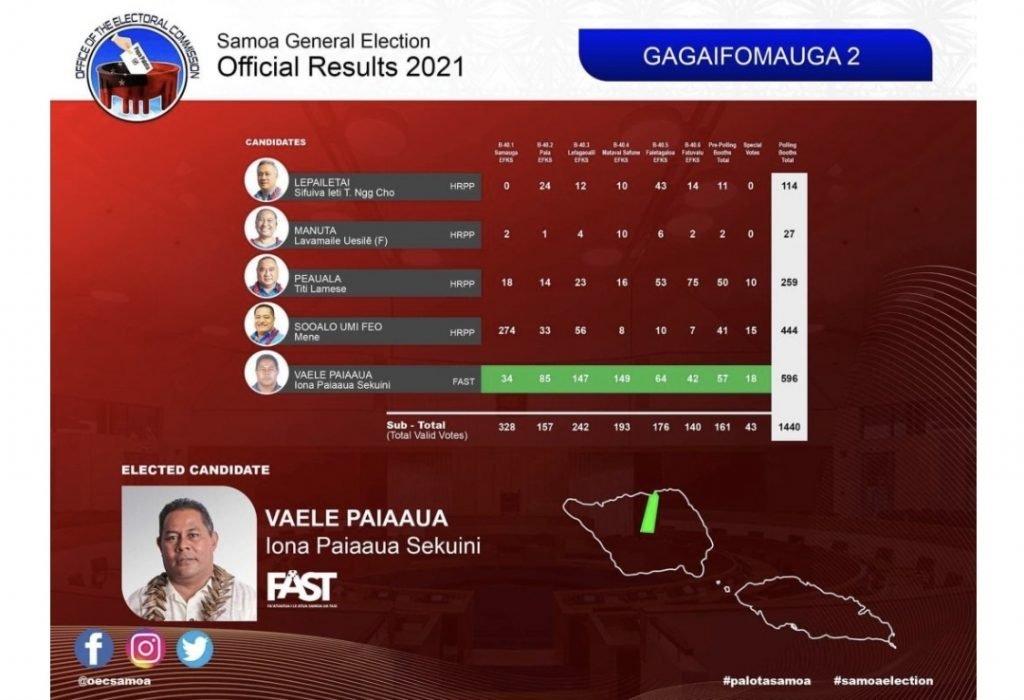 The race for the Gagaifomauga 2 seat at the 2021 April 9th general election was won by Vaele by a comfortable margin of 596 to Sooalo Mene’s 444 votes.

In last year’s race, the encumbent, Soolo Mene, had to compete with three other HRPP candidates while FAST fielded just Vaele.

In the meantime Faatuatua i Le Atua Samoa ua Tasi (FAST) have not yet made an official announcement regarding a candidate.

Laaulialemalietoa says he has advised the interested candidates that it is best to show their loyalty to the party by throwing their support behind one candidate.

The by-election for the 54th seat in Samoa’s Parliament will be held on Friday 3rd June 2022.