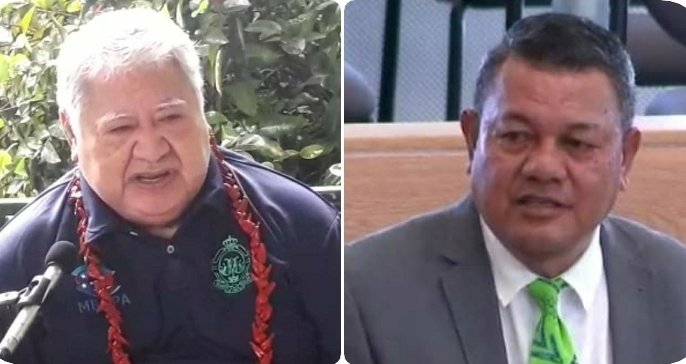 The announcement was made at the end of registration day today, where the HRPP were receiving formal registrations of new candidates at the Petesa Hall party headquarters in Sogi.

Asked why Faumuina was sacked, Tuilaepa told the media that the Member of Parliament has betrayed the party.

“We don’t need MPs who betray the party at this time”.

Tuilaepa added that the party was no longer confident that it had Faumuina’s full support, suggesting that Faumuina was one of three confirmed members of a new political party.

According to the Prime Minister, Faumuina has joined up with recently resigned Member of Parliament Laaulialemalietoa Leuatea Schmidt and Independent MP Olo Fiti Vaai.

Contacted for a quote Faumuina Leatinuu Wayne Fong was attending pre-scheduled meetings and said he would be available for media comments later this afternoon.