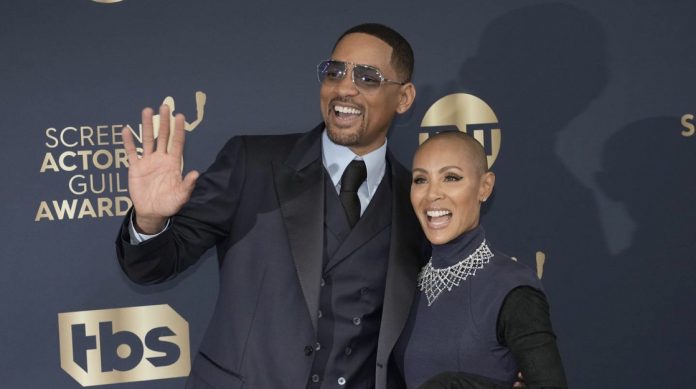 News Source: NZ Herald, 21 March 2022. The likelihood that Will Smith will take home the best actor Oscar next week, for his role in King Richard, continues to be overshadowed by the details that have emerged about his open marriage to wife of 25 years, Jada Pinkett-Smith.

The 53-year-old star has previously confirmed that he and his wife Jada Pinkett Smith have had sexual relationships with other people throughout their marriage.

Details of their open marriage continue to emerge, fascinating the world no end.

Last September, in a new interview with GQ, Will admitted that while their marriage was at first monogamous, they decided to open it up after realising they were both “miserable and clearly something had to change”.

An insider who knows the couple well confirms that they have not always been so open in their marriage. “It’s not true to say they were never monogamous to begin with – this is the evolution of a marriage,” the source told The Post.

Jada and Will opened up about the details of their marriage after rapper August Alsina claimed he was in a relationship with Jada with permission from Will, reported the Independent UK at the time.

Whilst admitting to the relationship, Jada stated that there was no “transgression” as she and Will were on a break at the time.

Will also admitted to having relationships outside of the marriage and that, in fact, a traditional “monogamous” marriage was never what Jada had wanted.

“Jada never believed in conventional marriage. Jada had family members that had an unconventional relationship. So she grew up in a way that was very different than how I grew up,” he said.

The family source also told The Post: “Things have been talked out between the two and, at the end of the day, they do care for each other. Even before the love, there is a solid friendship, a strong foundation,” said the family source.

“They could easily get a divorce but for what? What would that prove? At least they are honest with each other, which is something that a lot of married couples cannot say. People cheat all day long, especially married couples. Every marriage works differently – you just happen to know their business because they are public figures.”

Not everyone is fascinated by Will and Jada’s unconventional love life however. Late last year a petition circulated asking journalists all over the world to stop interviewing the Hollywood power couple as they were sick of hearing about what goes on in their bedroom. The petition now has over 25,000 signatures.

“Make it stop,” one person posted in the comments section of the petition.

“Everything I learn about this couple is against my will. Free us,” someone else pleads.