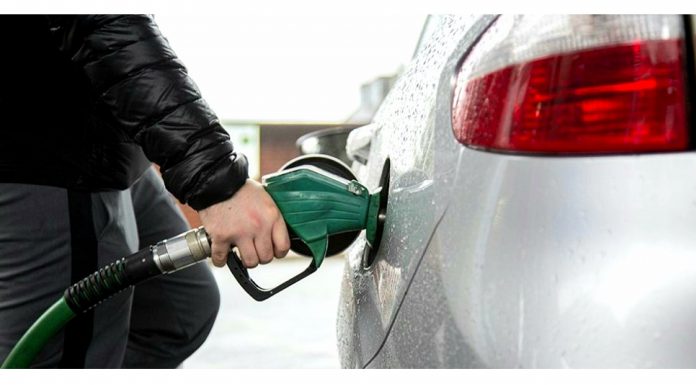 The US, UK and EU have announced that they will restrict Russian oil imports.

The move came after Russia warned it could cut off gas supplies to European countries if an oil ban were to go ahead.

What sanctions are there on Russian oil and gas?

The US has announced a complete ban on Russian oil, gas and coal imports, after Ukraine called for sanctions to be expanded. The UK is to phase out Russian oil by the end of the year, and the EU is reducing its imports by two-thirds.

The UK government says this allows enough time for them to find alternative supplies. Deputy Russian Prime Minister Alexander Novak has said rejecting Russian oil would lead to “catastrophic consequences for the global market”. Oil and gas prices have already risen sharply and could rise yet further if Russia halts exports.

How much oil does Russia export?

Russia is the third biggest producer of oil in the world, behind the US and Saudi Arabia. Of about five million barrels of crude oil it exports each day, more than half of that goes to Europe. The US is less reliant, with about 3% of its imported oil coming from Russia in 2020.

What about alternative oil supplies?

Ben McWilliams says it should be easier to find alternative oil suppliers than it is for gas, “as it’s not so many pipelines. There are some coming from Russia but there’s also a lot of shipments from elsewhere”.

The US has been asking Saudi Arabia to increase its oil production, but it has rebuffed previous US requests to boost output in order to reduce oil prices.

Saudi Arabia is the biggest producer in Opec, the oil cartel which accounts for about 60% of the crude oil traded internationally. Because of this Opec has a key role in influencing oil prices.

Russia is not in Opec but has been working with it since 2017 to place limits on oil production, in order to maintain earnings for producers.

The US is also looking at relaxing Venezuela’s oil sanctions. It used to be a key US oil supplier, but recently Venezuela has largely been selling its oil to China.

What would happen if Russian gas stopped flowing into Western Europe?

Heating prices – which are already high – would increase even more. Russian gas accounts for about 40% of the EU’s natural gas imports. If this dried up, Italy and Germany would be especially vulnerable.

Europe could turn to existing gas exporters such Qatar – or Algeria and Nigeria, but there are practical obstacles to quickly expanding production.

Russia only provides about 5% of the UK’s gas supplies, and the US doesn’t import any Russian gas.

However, prices in the UK and US are still up significantly due to the knock-on effect of supply shortages.

Could alternatives to Russian gas be found?

Not very easily. “It’s harder to substitute gas because we have these big pipes that are taking Russian gas to Europe,” says Ben McWilliams, an energy policy research analyst.

The think tank Bruegel predicts that if Russia were to stop gas supplies to Europe, then Europe could possibly import more liquefied natural gas (LNG) from the US.

It could also ramp up the use of other energy sources, but doing so is not quick or easy.

“Renewables take time to roll out so in the short term this is not a solution,” says research analyst Simone Tagliapietra.

“So for next winter – what can make a difference is fuel switching such as opening up coal-fired power plants, as Italy and Germany have plans to do in case of an emergency.”

The EU has proposed a plan to make Europe independent from Russian fossil fuels before 2030 – including measures to diversify gas supplies and replace gas in heating and power generation.

What could happen to my heating and fuel bills?

Consumers will face rising energy and fuel bills as a result of this war.

In the UK, household energy bills have been kept in check by an energy price cap.

UK petrol and diesel prices have also soared and petrol is expected to reach 175p a litre as the war continues.

In the US, petrol costs have reached their highest levels since 2008, with the American Automobile Association saying that pump prices had jumped by 11% over the past week. “I think if we’re in a world where Russian oil and gas stop flowing to Europe then we’re going to need rationing-style measures,” says McWilliams. “Part of the conversation now is, can we tell households to turn their thermostats down one degree, which can save a significant chunk of gas.”