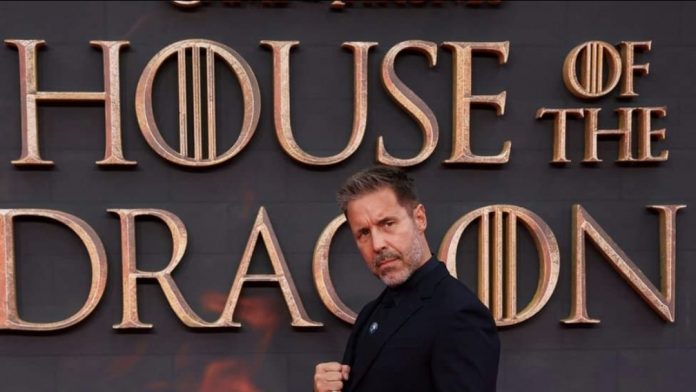 By Ellie Cleverley, BBC. Game of Thrones prequel House of the Dragon has been criticised over the lack of trigger warnings for a graphic birth scene in its first episode.

But it’s not the first show to hit the headlines over a lack of such warnings.

Netflix series 13 Reasons Why changed a series one scene in 2019 after criticism of how it handled suicide, while more recently fans of Thor: Love and Thunder called for warnings over cancer scenes.

So, is enough being done?

A record-breaking 10 million fans watched the House of the Dragon premiere, which contained a graphic scene called “triggering” by many people on social media.

In the episode, actor Paddy Considine’s King Viserys orders a caesarean section to be performed on his wife Aemma Arryn – played by Sian Brooke – while she is conscious which kills both her and the baby.

Director Miguel Sapochnik told journalists his team asked “as many women as possible” if the birthing scene was too violent before they decided to keep it in.

But charities and some people who watched the show think there should be a trigger warning to let people know the gruesome scene is coming up.

Jen Coates, the director of bereavement support charity Sands, thinks it’s “really important” for shows like House of the Dragon to create a space where people are aware of what might be shown.

“I think it’s fairly traumatic for anybody actually,” she tells Radio 1 Newsbeat.

“With 13 babies dying every day in the UK, the situation impacts an enormous community of people directly too.”

Jen says Sands were one of the few outlets that put out spoiler and trigger warnings on the internet so “supporters know what to look out for”.

He admits that “many trigger warnings on the site are very specific and don’t apply to most people”.

But he says: “On the other hand, everyone has something in their past they don’t want to relive.

“Having prior knowledge going into a movie puts users back in control of how they experience entertainment.”

Viewer Jacqui Hoepner says the birth scene made her “leave the room”.

Jacqui, who is from Australia, says a warning would be appropriate as it would’ve made her “more prepared” for the scene.

The scene reminded her of her own traumatic birth experience when she had an unplanned C-section as her baby was breech.

“I felt very out of control of the situation. It was a really terrifying experience, that’s why the scene was triggering,” she told Newsbeat.

“Considering half of the global population can have children and lots have experienced birth trauma, I think it would’ve been necessary”.