Fiji Government officials descended on Pal Ahluwalia’s house last night after declaring the Vice-Chancellor of the University of the South Pacific a “prohibited immigrant”, putting him on the first flight to Brisbane the next day.

Police and Government officials detained Professor Ahluwalia and his partner, Sandra Price, in their home in Suva late on Wednesday night.

“I said I need to know who you are before I open the door, and he said: ‘If you don’t open this door within three seconds, we’ll break the door down’, so we let him in,” he told the ABC.

“I was trying to speak with the Australian High Commissioner and about four people manhandled me and grabbed my phone off me, and really sort of roughed me up.”

He said they later apologised.

Pictures on social media show them being escorted through Fiji’s Nadi Airport and onto a plane bound for Brisbane the next morning.

The move has provoked outrage and condemnation from staff, students, opposition politicians and human rights groups.

Professor Ahluwalia was a popular figure at USP’s Suva campus and the manner of his forced deportation has shocked staff, students and other groups in the community.

“We are horrified, shocked and disgusted at our vice-chancellor being treated in such a way by the Fiji Government,” said Elizabeth Read Fong, president of the association of USP staff. 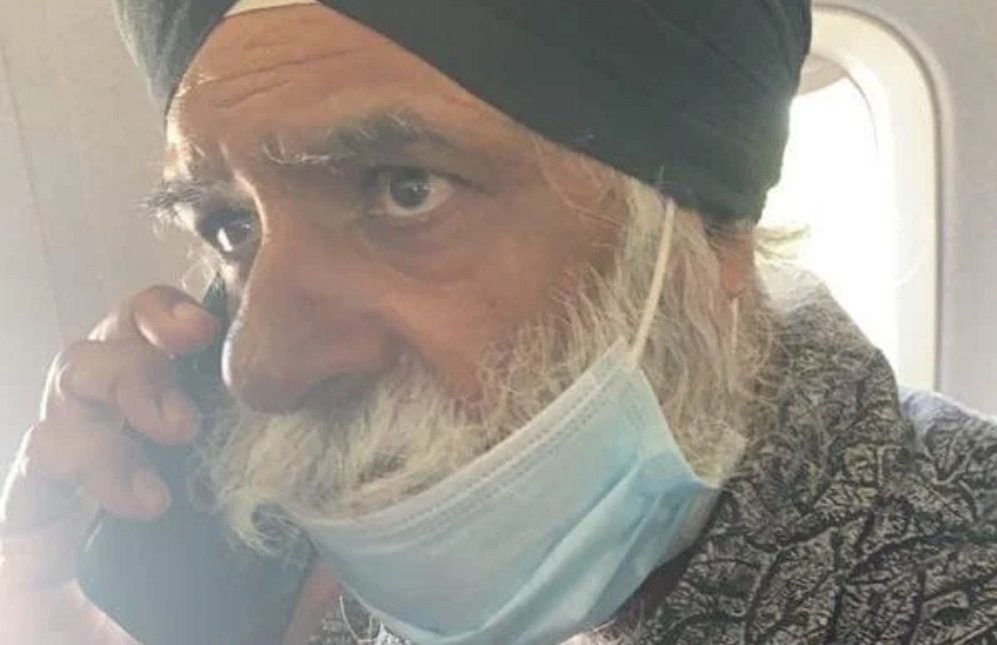 “He remains our vice-chancellor and we are doing everything we can to support him and to ensure that he can get back to being on the ground each day.”

A joint statement released by the staff association and union went further describing Professor Ahluwalia’s deportation as a “Gestapo tactic”.

“The manner in which the VC and his wife were removed is a violation of human rights and due process,” the statement said.

“It is not only thuggish, it is a cowardly act by this dictatorial Government,” he said.

“It is absolutely important that this act be condemned and actions be taken to ensure that our regional university remains within the bounds of its own governance structure.”

The University of the South Pacific (USP) is co-owned by 12 Pacific islands.

Professor Ahluwalia has previously revealed the Australian Government suspended payments to the university due to gross mismanagement of funds through excessive allowances being paid to staff last year.

In a statement, the Fijian Government said Professor Ahluwalia and Ms Price were ordered to leave Fiji after continuous breaches of the Immigration Act.

“No foreigner is permitted to conduct themselves in a manner prejudicial to the peace, defence, public safety, public order, public morality, public health, security or good government of Fiji,” the statement said.