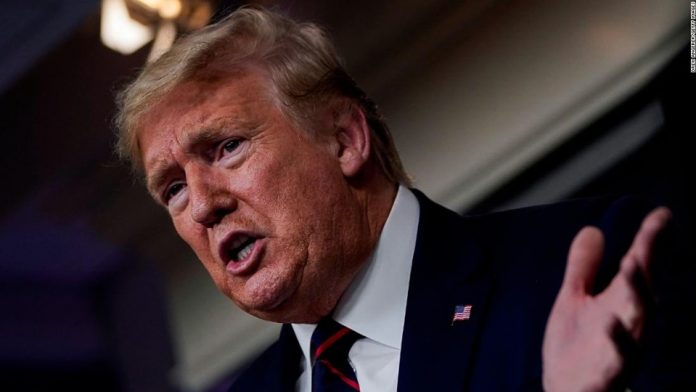 In a crisis, all is revealed.

After a lifetime devoted to avoiding responsibility and accountability — for his lies, his deceptions, his hype, and his cruelty — President Donald Trump has met his match in the pandemic of 2020. His bluff and bluster are powerless as thousands of Americans die and the blame falls, in part, on his failure to heed the warnings and execute a robust national response. This occurred even though a pandemic playbook had been left behind by the Obama administration. Early in the crisis, Trump said “We have it totally under control. It’s one person coming from China. It’s going to be just fine.” Weeks were wasted and now the price of this fiasco will likely be a loss of life far greater than 9/11 or Hurricane Katrina.

On one level, Trump’s failure can be traced to his original lie: the false image he sold to the American people in order to hide his shortcomings. Never a competent manager of complex organizations — witness his many bankruptcies — Trump rose to fame pitching the illusion that he was a great businessman. As he sought the presidency he used counterattacks, lies, and skillful denials to avoid answering for his record and gain the White House.

As someone who has studied Trump for years, I thought it was inevitable that he would eventually reach a moment of reckoning as president. I couldn’t have imagined that it would come with the catastrophic consequences now facing the nation as Covid-19 overwhelms health care systems and brings the economy to a standstill. Trump’s profound personal shortcomings — deficiencies of his heart and mind — helped bring us to this moment.

The first of Trump’s weaknesses? His lack of emotional intelligence and empathy, which causes him to struggle to relate to human suffering. The developer who made tenants miserable so they would move out allowing him to build luxury condos, became the president who downplayed hurricane deaths in Puerto Rico, and now barely speaks of those stricken and killed by the coronavirus. Instead, he obsesses over TV ratings and the economy as if his image in the media and the ups and downs of Wall Street indices matter more than life itself.

The second of Trump’s deficiencies is a habit of mind that discounts expertise and elevates convenient opinions supported by cherry-picked sources of misinformation. Businessman Trump exhibited this willful ignorance when, for example, he said the scientific connection between asbestos exposure and disease was a matter of a conspiracy carried out by mobsters. Candidate Trump discounted the expertise of experts leading the war on terror. And President Trump has claimed to have extensive knowledge on a vast array of topics from forest management to drones.

Trump’s arrogance as a businessman and a candidate was obnoxious but not terribly dangerous. In a president, it puts America’s fate into the hands of a man who was incapable of learning even from his own aides. Faced with an enemy that is literally killing people he stayed true to form as he pushed an unproven coronavirus treatment that’s still under scientific review. “What do we have to lose?” Trump asked musing that people could just get prescriptions for the drug. But without clear messaging there’s plenty to lose. A man died and his wife was under critical care after the two tried to self-medicate for the novel coronavirus with chloroquine phosphate — an additive used to clean fish tanks. The wife said she heard people on TV talking about the drug chloroquine.

Ignorant as he can seem, the President seems to sense that this moment will establish his reputation in perpetuity. He said as much last week when he observed that, “the history books will never forget” America’s response to the coronavirus. What he did not mention, however, is that his response to the pandemic will be examined in minute detail — it is this prospect, the prospect of accountability, that looms over him now.

Until this crisis, Trump had avoided accountability with remarkable consistency. Born into astounding wealth, he avoided accountability by persuading creditors that he was too big to fail even after he ran businesses into the ground. In politics, he deflected accountability by blaming others, especially the press and Democrats, for problems that occurred on his watch. Recently, when asked about the dreadful federal failures on coronavirus testing, he said, bluntly, “I don’t take responsibility at all.”

Historians will eventually write books detailing what journalists already know about the Trump administration’s dereliction of duty when the pandemic hit. America’s Covid-19 death toll now passes 2,800 and the caseload exceeds 157,200 cases, But through much of the time that the number of cases was growing, the White House offered no coherent national response to the crisis. There have been sparse moments when Trump has sounded like a leader capable of handling this crisis — like during his briefing on Sunday, in which he announced that he was extending social distancing guidelines through the end of April. But these moments don’t last long before Trump back to pitting states against each other and attacking journalists who ask legitimate questions about his response to the pandemic.

No federal agency is rallying health care workers to move to hot spots where they are needed. Instead of assertively coordinating and distributing vital equipment, the administration is letting states, hospitals, and federal agencies compete against each other. Trump even went so far as to accuse medical workers of hoarding supplies.

Recently Trump introduced a bit of personal petulance to this dynamic, suggesting that governors who aren’t sufficiently deferential should be ignored by the White House. (He leavened this remark by noting that Vice President Mike Pence is not following his lead.) Michigan Gov. Gretchen Whitmer, whom Trump singled out for criticism, reported that orders made for equipment had been canceled as suppliers favored the feds over her state.

The president’s complaints about not being appreciated remind us that he takes everything personally and that his personal qualities of heartlessness and intellectual dishonesty will hobble his response to our suffering. Acutely attuned to his own feelings, he’s so numb to the pain of others that he avoids talking about it. If he has shed a tear or allowed his voice to tremble with grief during this pandemic I have not observed him do it. Likewise, he remains devoted to discounting reliable scientific information that shows things getting worse in favor of happy talk. With health care workers reusing disposable masks and using trash bags as protective gowns, Trump considered the federal effort to supply hospitals and announced, “It’s hard not to be happy with the job we’re doing.”

Meanwhile, governors across the country are demonstrating what competence, empathy, and intelligence look like. New York Gov. Andrew Cuomo, for one, has used his televised briefings to offer accurate information and authentic human concern. He doesn’t ignore the pain and grief but rather acknowledges it and shares his own. Everything about Cuomo’s briefings, right down to the concise slides flashed to accompany his words, reeks of competence. Where Trump repeats buzzwords and tries to sell himself as all-powerful, Cuomo demonstrates that he understands the pandemic and can communicate the facts.

At the epicenter of the nation’s and the world’s pandemic, Cuomo has been reminding us that the worst of the crisis is just beginning. The same is true for history’s assessment of President Trump. The coronavirus is immune to his manipulation and spin. It is the defining challenge of his presidency and of his life. Compared with other presidential crises, like the 9/11 attacks or Hurricane Katrina, it has occurred slowly, with ample warning, giving the president many opportunities to act and, we see now, fail.

The accounting will continue. And like the pandemic, it will be devastating.