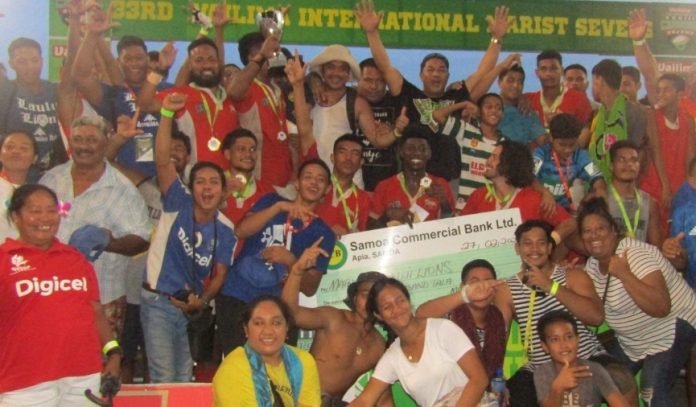 The Matnieul Lauli’i Lions have been crowned the 33rd Marist International 7s champions for the first time since the tournament started in 1988. Laulii has made it to the finals once only, in 2014 but Vailele took the championship cup that year.

The win comes off the back of a near perfect performance by Lions captain Laaloi Leilua. 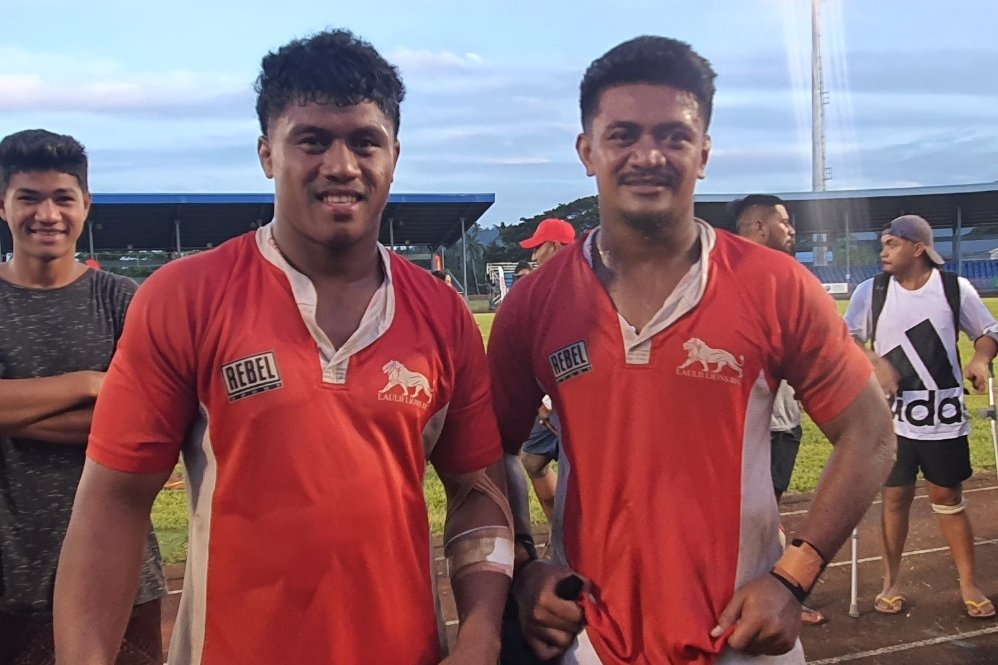 Laulii drew first blood when captain fantastic Laaloi Leilua sliced through the Jets’ defensive line and took it 80m before offloading to Ati Jr Ati for the try.

Leading 7-0 a questionable call by the TMO, replayed from several angles while the crowd waited..  gave the Lions a 12-0 lead.

The 24 year old Leilua, with 79 matches and 22 tries under his belt for Manu Samoa 7’s  created opportunity for his players, putting Laulii’s winger into space to cross over into the corner for the Lion’s second try.

Making the cup finals in their first ever appearance at a Marist International 7s tournament, Faleolo Jets didn’t get off to the most ideal start, when they conceding a yellow card.

Having knocked out last years champs in the quarter finals, the experience of the Jets came through, when just after halftime, Laulii thought it was a knock-on so they stopped, while the Jets instead played to the whistle. This created the opportunity Faleolo needed to close the gap to just 5 points with the scoreboard at 12-7.

By then the Lauli’i crowd made their presence felt in the stands. As the village of Laulii and their supporters lifted their voices, so did their team lift their game.

Jets threw everything they had at the Lauli’i defence but the Lions seemed to determined to make history and take home the Tupua Fred Wetzell Championship Cup.

With less than two minutes to go and his team under pressure, it was none other then Laaloi Leilua who turned the ball over for his side, and released the pressure now felt by all – players, officials and supporters alike.

The Jets had one final chance to steal the win off a lineout. The Faleolo Jets chose to spread the ball wide..

Johnny Vaili who was on form for the two days, looked to kick ahead.. but not before Laaloi Leilua threw himself at Vaili to force an error and secure his side the win.

Laulii was lucky to even have Laaloi on the field for the cup final match, after he was awarded a red card in the quarter finals, which forced a one-match stand down.

The Player of the Tournament unsurprisingly went to try-scoring machine and speedster, Bright Tapeneko who thanked his team mates and Laulii village for their support as he received his award.

High Chief of Laulii Leniu Vainiu Taliulu Teo spoke to the team after the game, acknowledging the historical win and thanking the boys for their perseverance over the two days and six straight wins to secure the cup and $15,000 tala prize money.

“You are the first to achieve this for our village.. and we give the glory back to God. Keep up the good work, stay humble..and make sure you celebrate properly and without incident..” advised Leniu.

The champions are seen sitting down on the Apia Park track as village matai and supporters give their thanks and acknowledgement. The Samoan culture is deeply instilled in village rugby and players are told by their elders to make sure the celebrations are kept safe, and to remember that missing Sunday church is not an option the next day.