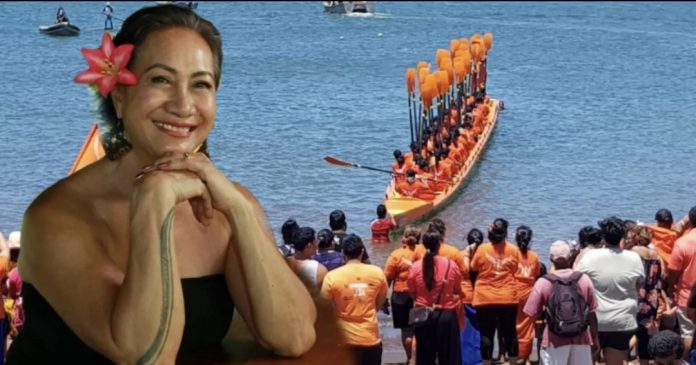 06 November 2020, Apia Samoa. Today’s longboat fautasi race from Faleula to Apia Harbour will go down in the history books of Samoa, to be talked about for generations to come.

Nov 6th 2020 will now always be the day when the first ever all-female longboat crew, the “Fautasi o Toa” proved beyond a doubt, that the popular sport of longboat fautasi racing is not just for men. 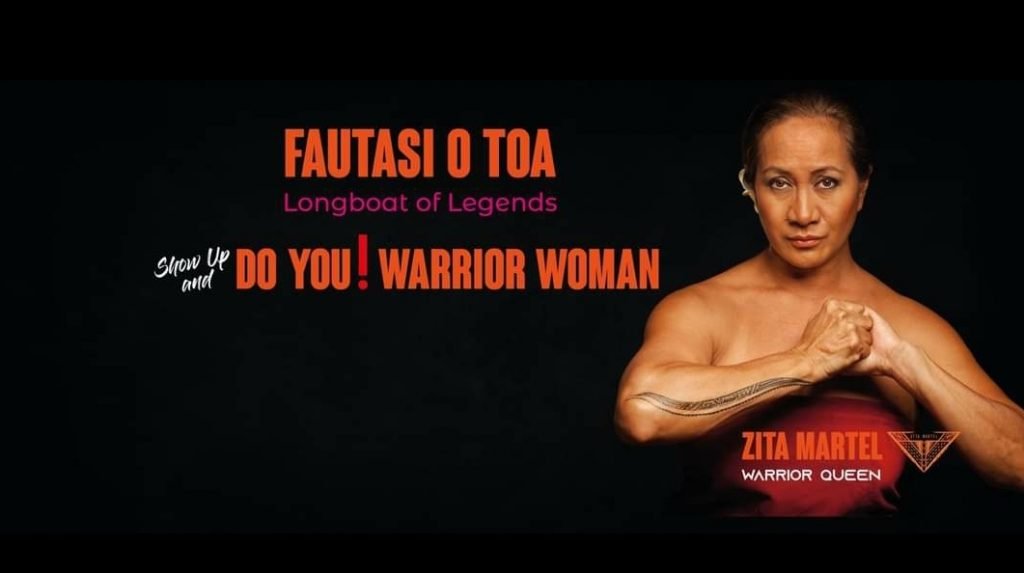 The Fautasi o Toa were beaten by Green: Alfred and Deporres, but slid in past 3rd placed Red: Dieter and Aquinas while the last two longboats seemed to have thoroughly enjoyed the race, but were left well behind by the top three.

Speaking to Samoa Global News after the race, Vaimasenu’u Zita Martel said the achievement has proven once and for all, that the traditionally male-dominant sport is not just for men.

“I told the girls before the race today that whatever the outcome is, they will make history as the first ever all female longboat crew in a fautasi race to be recorded in the history of Samoa..”

“This historical result proves that the name “fa’agatama” is wrong, and the fautasi race is not only for men but also tama’ita’i, which means it can be called “faagatama’ita’i,” says Vaimasenuu with a smile.

The meaning of fautasi is “to build as one,” reflecting the need for teamwork; and the first woman to ever captain a fautasi said her winning strategy is for everyone to “stay as one”.

“It doesn’t matter who you are, or what position you may hold; when you’re on this team, everybody is equal – there is one voice, one heart and one beat..”

“I treat everyone with respect, love and encouragement and this is how the Fautasi o Toa managed to gain such a fa’aeaea today,” she said.

With 20 years experience as a longboat captain Vaimasenu’u says this is the first time she has captained an all-girls crew, and she is very proud of them.

“I am so thankful to God for giving these “toa” of Samoa the strength and courage to prove that this sport is not only for men but also for ladies who have the will and courage to participate,” she said.

Vaimasenu’u says the invitation for her to captain a fautasi for the regatta had come from Marist on the 7th of October; so the Fautasi o Toa crew have only been training for three and a half weeks.

“All these girls are first timers in this sport and I am very, very, proud of them as they’ve today proven the Samoan saying “e au le ina’ilau o tama’ita’i”  (A Samoan proverb which means women can achieve anything, and women get things done).

A pioneer of breaking barriers, we asked Vaimasenuu about the historical first time she captained a fautasi race some 20 years ago.

“It was the Teuila Race of 2001. My team was a mix of 5 churches at Siusega. I then also picked 8 women to row on my maiden voyage with me. Again, we only had 3 weeks to train. We came last, but it was like we’d won the race on that day!,” Vaimasenuu laughs as she recalls.

The breakthrough today marks the start of an ongoing challenge for ladies to participate in this popular Samoan sport, as Vaimasenu’u confirms she will now keep on pushing these ladies to continue their love for the sport.

“Today is just the beginning.. we will continue to train and keep building skill and stamina, and when another fautasi regatta is announced, we will be ready”.

“I want all the ladies of Samoa to know that participating and winning a fautasi race is something they can do, if they put their hearts and souls into it,” said Vaimasenuu.

The Fautasi o Toa crew members were mostly made up of St Mary’s College Old Girls, participating in the 70th anniversary celebrations of their brother scool, Marist St Joseph’s College.

Vaimasenuu acknowledged their families and supporters around the globe and here in Samoa, as well as the United Nations Spotlight initiative for backing their stance against Domestic Violence.

The distinct orange theme representing the elimination of all forms of violence against women and girls, was the color of Fautasi o Toa on this historical day.