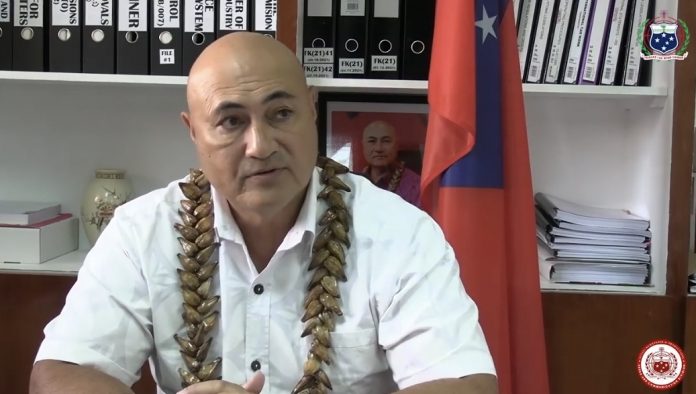 Speaking in an interview with Tusiga Taofiga aired on Government socials, the Deputy Prime Minister, also Chair of Samoa’s Alcohol Control Board, said an ongoing investigation has uncovered issues of non-compliance which to date, the manufacturers have not been able to give adequate responses.

The Deputy Prime Minster explained that locally produced vodka is primarily made of water and ethanol with traces of flavourings. He said the imported ethanol used by local manufacturers has an Alcohol by Volume (ABV) of 95%.

Manufacturers then try to dilute this ethanol, to ensure the alcohol volume is at or below the 49% ceiling imposed by Samoa regulations, explains Tuala.

“This is the process of distillation..”

“The percentage of methanol found are at a level that raises concerns, and will surely have an impact on the health of consumers,” said Tuala.

According to the Deputy Prime Minister, these levels of methanol can contribute to memory loss. “That is why we have many cases where, the next morning, people are saying, I don’t remember what happened last night.”

Tuala ackowleged that previous warnings have been issued by Police and the Courts about the number of serious offences that have been linked to locally produced vodka. He said they now have reports from the Samoa Police showing Rover vodka to be on top of the list of alcohol found at the site of serious crimes.

In handing down the sentence of four youth charged with causing the death of a 38 year old man after a drinking session at Samalaeulu, Justice Tafaoimalo Leilani Tuala-Warren had reiterated concerns raised by then Police Commissioner Su’a Egon Keil on the strong links between locally produced vodka and serious offences including murder after drink-ups.

As far back as November 2020, Justice Tuala-Warren highlighted the dangers of locally produced vodka, and called for authorities to take tighter controls and raise public awareness of its impacts.

This week, Deputy Prime Minister Tuala Tevaga Ponifasio said the Alcohol Control Board’s investigations have been taken to another level from that which had been done before, and six out of eight manufacturers have failed basic compliance tests.

“They do not have their own laboratories to test the levels of alcohol, and it has also been found that some products, in the distillation process, are producing vodka that is higher than the 49% limit,” said Tuala.

“They have been allowed to produce without proper monitoring, and the (Alcohol Control) Board are very concerned”.

“The Law requires that they must produce these compliance records whenever the Board requests this of them,” said Tuala. The Chair of the Alcohol Control Board said local manufacturers were also unable to produce proof of qualifications for staff leading the manufacturing process.

“No one who is unqualified can just walk in and produce alcohol,” said Tuala, “you have to have qualified staff doing it.”

The Alcohol Control Board issues licenses for the manufacture and sale of alcohol, and has extensive powers set out in the Alcohol Control Act 2020. The Board can consider and apply conditions and policies relevant to the importation and manufacturing, as well as the sale, distribution and consumption of alcohol in Samoa.

“The Board can issue fines, and consider complaints made against a license holder or manufacturer of alcohol, and it can also shut down a manufacturer,” said the Deputy Prime Minister.

(2) A member appointed under subsection (1)(g) must be appointed in writing and hold office for a period specified in the instrument of appointment provided that the period must not be more than three (3) years.
(3) Cabinet may terminate the appointment of an appointed member:
(a) for misbehaviour; or
(b) for physical or mental incapacity; or
(c) if the appointed member fails to attend three (3) consecutive Board meetings,
except with leave of absence granted in writing by the Chairperson.