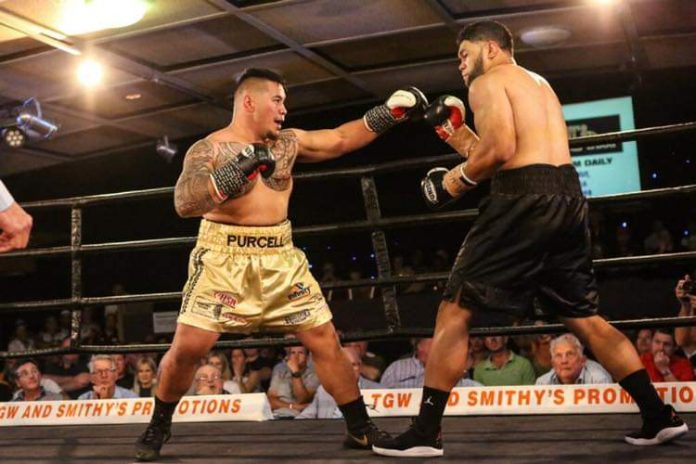 Nick Midgley had stepped in at short notice to replace former Auatralian Heavyweight Champion Hunter Sam who pulled out of the fight unexpectedly and went down to the 24 year old Herminator who was coming out of an intensive 12-week training camp.

The Herminator has always made known his intentions for a re-match against Will Nasio since his loss by TKO last November when his corner threw in the towel in the 4th round.

Following that bout Will Nasio paid tribute to Herman saying, “What people may not have seen is Herman dropped me in the first round with a Tua like leaping left hook and then another left hook blurred my right eye for the whole of the third round and I was waiting for it to refocus and it never did;

“He was very dominant through out the whole fight;

“I have so much respect for Herman. He was winning every round until we started exchanging in the 4th.”

The Herminator announces, “Me and the uso Wild Bill Nasio are going at it again, but this time for the Vacant Australasia Heavyweight Title”.

The challenge is scheduled for 13th July 2019 at Rumours International, Toowoomba.