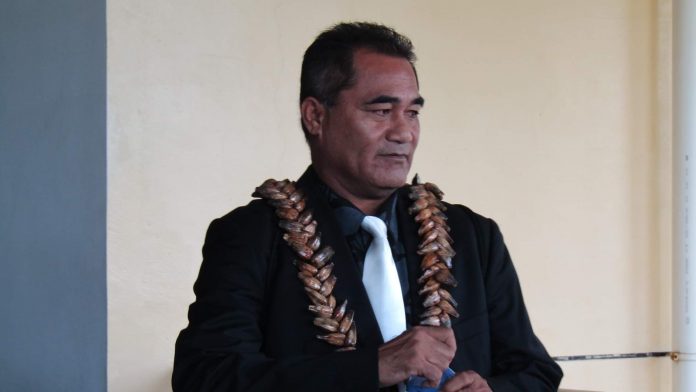 A hearing has been set by the District Court for the Member of Parliament of A’ana Alofi 4, Toeolesulusulu Cedric Schuster.

Toeolesulusulu had pleaded guilty to three related traffic offences through his lawyer Muriel Lui in July this year.

However, in Court this week Ms Lui said her client rejected Sections 5, 10, 11 and 12 of the police summary of facts and applied for an opportunity to be heard.

Toeolesulusulu is denying that he had run a red light on the night of the incident, where he was arrested and charged for driving under the influence of alcohol. A police officer was later suspended for leaking the mug shot of Toeolesulusulu from that night.

Judge Alalatoa Rosella Papalii set the 14th of September for a hearing to consider the issues the MP has with the police statement of facts. For the three related charges of traffic offence including DUI that Toeolesulusulu pleaded guilty to, the District Court will set down its sentence on the 20th of September.

Toeolesulusulu was arrested following a double celebration of Independence Day and the anniversary of the FAST Party at Maota Samoa on June 1st this year.

Toeolesulusulu, who is an environmentalist is the elected MP of A’ana Alofi 4 and was also named the Minister of Natural Resources and Environment and Minister of Tourism during a swearing-in on 24 May, 2021.

Shortly after the incident, Toeolesulusulu resigned to await the outcome of his case.

Hon Fiame Naomi Mataafa had said at the time that Toeolesulusulu handed in his resignation out of respect to the Ministerial portfolios.

“I have here with me the letter by Toeolesulusulu; he wishes to resign as Minister-elect as he wants to uphold his integrity and clear his name,” she said.