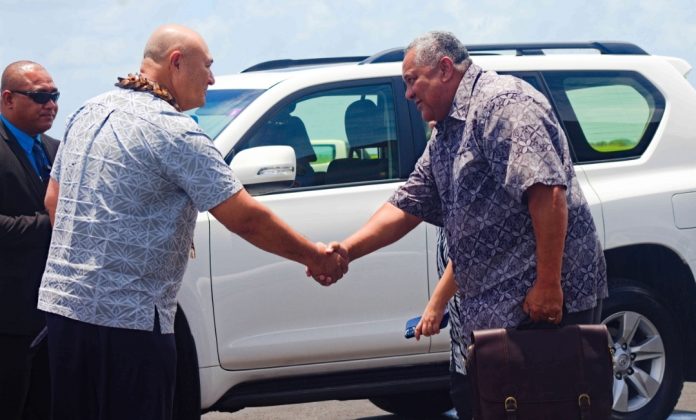 13 October 2022, Apia Samoa. The Two Samoa Talks has been renamed the Atoa o Samoa Executive Executive Meeting will be held over two days from the 13th-14th October 2022 at the Taumeasina Island Resort.

This second session follows the initial Atoa o Samoa Meeting in Pago Pago, hosted by the Government of American Samoa in July this year.

The two countries Heads of Governments, Ministers and Officials met to discuss issues of mutual importance to both countries and to decide on a follow up process to focus on addressing the priorities identified.

“The Second Atoa O Samoa meeting is an opportunity to discuss and focus on areas of mutual development cooperation between the two countries; on issues relating to Health, Tourism, Economy, Education, Information and Communications Technology, Immigration and Agriculture, Tourism and others,” states a press release.

The meeting began on Wednesday 12th October with site visits by the American Samoa delegation to their counterpart ministries to progress discussions that began in Pago Pago in July.

The Leaders of both Independent and American Samoa had tasked their officials to look at tangible outcomes from these Talks, and encouraged visits to the sites and operations while the American Samoa delegation are in Samoa.

The first day of the meeting proper will begin with discussions on the July meeting minutes, followed by presentations on the updates of work that has been done since then.

Bilateral discussions between Samoa’s line ministries and counterpart agencies will be held on the last day on Friday.

These sessions will focus on the next steps and any follow up work needing attention.

It is expected that each group will report back to the plenary on outcomes of their discussions, states the release.

Samoa’s private sector do not feature in the discussions which have been set as government to government with Ministries taking the lead.

However according to the press release, the Atoa o Samoa meetings will conclude with a cocktail reception where Samoa’s private sector will be invited “to discuss issues of interest with the delegations”.