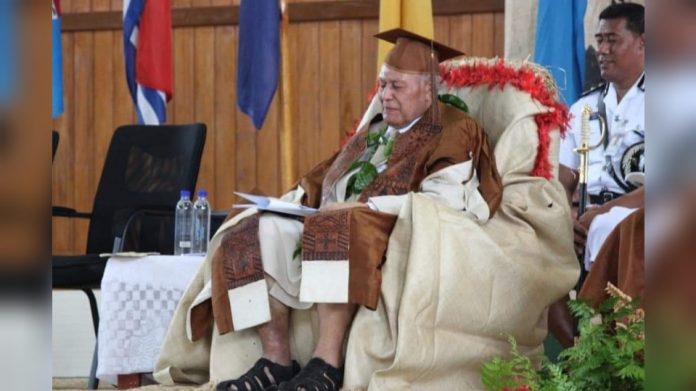 The Head of State of Samoa, Afioga Tuimalealiifano Va’aletoa Sualauvi II was installed as the 29th Chancellor and President of the University of the South Pacific in a ceremony that coincided with the university’s graduation on Friday.

USP Vice-President Professor Pal Ahluwalia said the post is rotated between Pacific member countries of USP, and it comes around every twelve years.

“It’s a very significant event and even bigger for Samoa because never in the history has a regional campus had both the Chancellor and the Vice Chancellor at the same location.”

The ceremony and graduation was attended by Samoa Prime Minister Hon Fiame Naomi Mataafa, Speaker of the House Papalii Taeu Masepau and Ministers of Cabinet.

This year, the Pro-Chancellor of USP Hon. Hilda Heine from Marshall Islands was unable to attend the ceremony to conduct the installation of the Chancellor so the Minister of Education, Seuula Tuuaga Ioane took over this role.

“What you sow is what you reap with tears of joy.”

Seuula stressed the importance of education to support the development of families, villages, the Church and the Government of Samoa.

In the announcement earlier this week USP Samoa Campus Director, Tootoooleaava Dr. Fanaafi Aiono Le Tagaloa said the appointment of His Highness is a proud moment for Samoa.

There were 270 graduates from across the region.

Samoa’s Head of State has recently ended his five year term and the Government has extended his appointment for another five years.