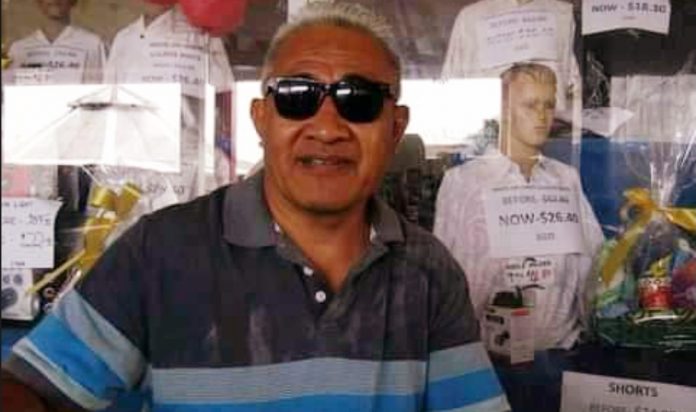 Sinapati Lua, a solo father of five from the village of Solosolo who says Father’s Day for him is not about getting gifts, or wasting money on so much food for just one day, but rather to spend time with his children.

“No, for me it is not about getting a new Sunday suit, or new shoes and new clothes; but for me I am just thankful to the Lord for my health and strength to continue to work and provide for my children”.

Sinapati shares with us that his wife sadly passed away several years ago, leaving him as a solo parent to their five children.

He proudly shares that four of his five children are now in full time employment, with his youngest completing a course at the National University of Samoa.

Sinapati says he has been working in kitchens for over 36 years. His first job as a cook was back in 1984 with Aggie Grey’s Hotel.

“It was when the hotel had the contract to supply food fo the airline”, he said.

“I worked hard and was promoted to supervisor, until now I’m able to work as a Head Chef” he says with a smile.

“For me, I want to thank God for this weekend and for all those years he has given us, and especially for the gift of children,” he said.

“I don’t want anything material for Father’s Day, like shoes or clothes, no, I don’t need those things,” he said.

“Like I said before, the most important thing in the world to me is to spend Father’s Day with my children,” he said, “that’s the only gift that I want.

“Thank you for the opportunity to say Happy Father’s day to all the fathers of Samoa and around the world.