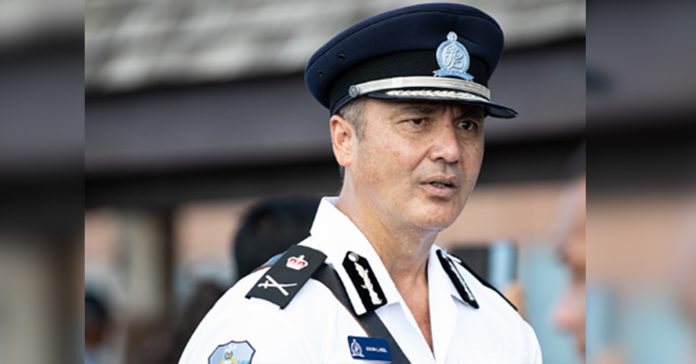 08 June 2019, Apia Samoa. Police Commissioner, Su’a Fuiavailili Egon Keil has put out a stern message to the public that any individual who harbours or otherwise assists an escaped prisoner, will face criminal charges.

Pati Sonny Chong Nee, serving time for burglary escaped from Tafaigata prison in January this year and has not been sited since he and another escapee robbed the One-on-One shop in late February and stole $60,000 tala. Chong Nee has become a household name in Samoa for his previous prison escapes.

A second prisoner, 59 year old Faamoe Paufai of Faleatiu, serving time for murder and possession of narcotics escaped on the 8th of May 2019 and remains at large.

The Police Commissioner says that the Samoa Police are working around the clock to search for the missing prisoners and they call once again on the public for their help and support.

However Sua also warns the public that assisting an escaped prisoner is a crime and says the Samoa Police will be charging individuals if it is found that they are hiding the prisoners.

“I want to remind the public that whoever is harbouring these two individuals in any way, they will be criminally charged,” he said

“We are working together with the Ministry of Prison and Correction Services in searching for the two escapees;

“Any help from the public would be great, we are following leads from the public but it’s unfortunate that everytime we go to where the public say the prisoners had been sighted, we are unable to find them,” he said.

“However, that’s not stopping us, we are doing everything we can and believe me we are not shying away from this because we also want to put this matter to bed before the Games,” he said.

“But we do need the support from the public, we are all in the same boat in trying to find the two prisoners but we do need to work together to make it happen.”

“Samoa might be a small place but there are a lot of places out there where the two escapees can hide, especially if they are getting helped by members of the public,” added the Police Commissioner.

Sua added that the Samoa Police Service want to focus on the safety of all visitors and participants for the Pacific Games next month in July.

“As you know the Games is next month and we just want to focus on the Games and the safety of the participants and everyone who will be here, and that is why we are working late nights and getting all the information we can to find out where these two are”.