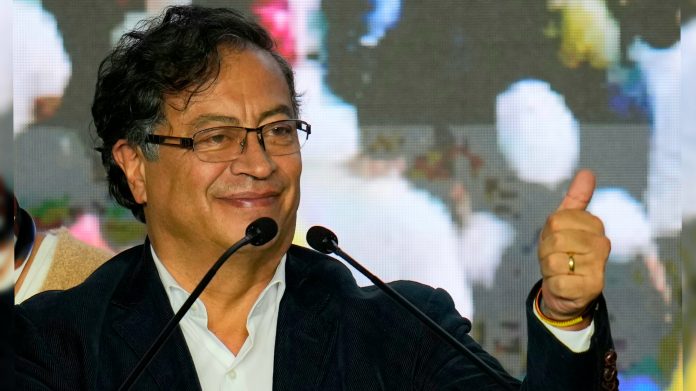 Source: NY Tmes, AL Jazeera. For the first time, Colombia will have a leftist president.

Gustavo Petro, a former rebel and a longtime senator who has pledged to transform the country’s economic system, has won Sunday’s election, according to preliminary results, setting the third largest nation in Latin America on a radically new path.

Mr. Petro received more than 50 percent of the vote, with more than 99 percent counted Sunday evening. His opponent, Rodolfo Hernández, a construction magnate who had energized the country with a scorched-earth anti-corruption platform, just over 47 percent.

Mr. Petro’s victory reflects widespread discontent in Colombia, with poverty and inequality on the rise and widespread dissatisfaction with a lack of opportunity, issues that sent hundreds of thousands of people to demonstrate in the streets last year.

“The entire country is begging for change,” said Fernando Posada, a Colombian political scientist, “and that is absolutely clear.”

The win is all the more significant because of the country’s history. For decades, the government fought a brutal leftist insurgency known as the Revolutionary Armed Forces of Colombia, or FARC, with the stigma from the conflict making it difficult for a legitimate left to flourish.

But the FARC signed a peace deal with the government in 2016, laying down their arms and opening space for a broader political discourse.

Mr. Petro had been part of a different rebel group, called the M-19, which demobilized in 1990, and became a political party that helped rewrite the country’s constitution.

Both Mr. Petro and Mr. Hernández beat Federico Gutiérrez, a former big city mayor backed by the conservative elite, in a first round of voting on May 29, sending them to a runoff.

In other new said he is set to face a populist businessman in a second round showdown on June. Gustavo Petro, a 62-year-old former member of the M-19 guerrilla movement, had 40.3 percent of votes, office tallies showed, with 99.9 percent of ballot boxes counted on Sunday.

Rodolfo Hernandez, a septuagenarian real estate tycoon whose spot in the runoff contest came as a surprise, won 28.1 percent.

Petro’s main rival for most of the campaign was Gutierrez, a former mayor of Medellin who was seen as the continuity candidate and ran on a pro-business, economic growth platform.

The turn-out in Sunday’s election was 21 million people, out of 39 million eligible voters. It was similar in percentage terms to the first round of voting in 2018, with about 54 percent of eligible voters participating.

Colombia’s next president faces complex challenges, including those to do with the economy, security and corruption.

The COVID-19 pandemic set back the country’s anti-poverty efforts by at least a decade. Official figures show that 39 percent of Colombia’s 51.6 million residents lived on less than $89 a month last year, which is a slight improvement from 42.5 percent in 2020.