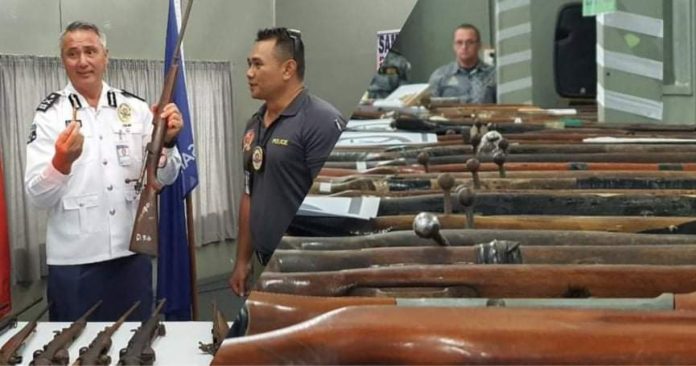 Samoa is safer today, with 198 less illegal firearms on the streets and within the community, after a successful 4-month long “ask no questions” gun amnesty closed on the 31st of January.

Overall, 78 rifles, 73 shotguns, 33 pistols, 12 big bores and 2 air rifles were handed in by members of the community, in an incentivised programme where each weapon handed in was rewarded with a $100 tala strictly-food-only voucher – not to be redeemed for alcohol or cigarettes.

Speaking to the media in a conference room full of displayed firearms, Commissioner Keil says it was a successful operation; the key objective being to remove illegal weapons and unlicensed firearms from within communities and the streets of Samoa.

“We are honored and glad that this was a very successful operation of the Samoa Police in partnership with our communities – to make Samoa safer,” said Su’a.

Of the 198 firearms brought in – 152 firearms will be disposed, while 46 firearms allowable in Samoa, are pending applications to be licensed.

As stated by the Police Commissioner, any firearm with a barrel less than 12 inches, is illegal in Samoa. 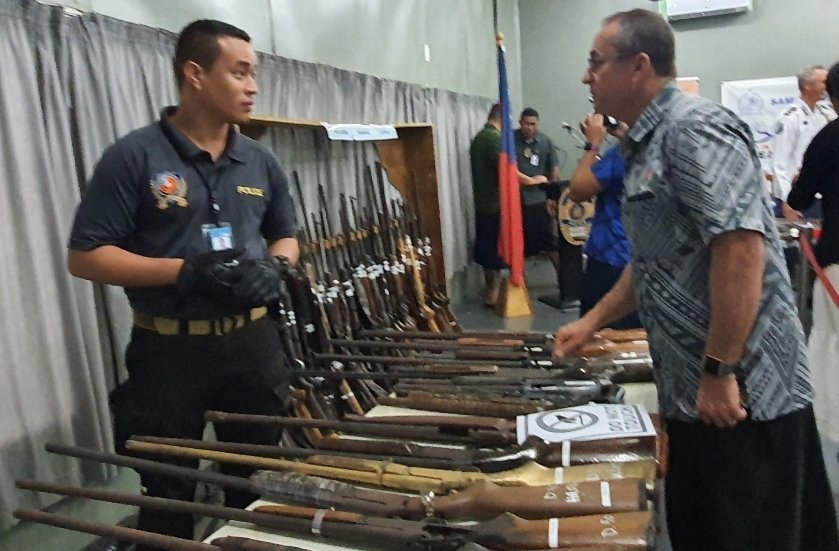 Commissioner Keil revealed that one of the firearms turned in, was linked to an open police case, and has been set apart until investigations are complete.

“The serial number system we have in place allowed us to track this, faafetai foi i le mataala o le matou vaega ia..”

The Commissioner also confirmed that another firearm, although now rusty and dirty, has been identified as a police issued weapon which had somehow ended up in the community.

“Interestingly as well, somebody turned in a gun with a sequential serial number, that tells me, it is a police issued firearm..”

Su’a said he cannot speak for systems before his time, however, he gave his assurance that Samoa Police have adopted an internal control system with a layered approach of strict approval processes, to ensure all police-issued firearms are well documented and safely stored. 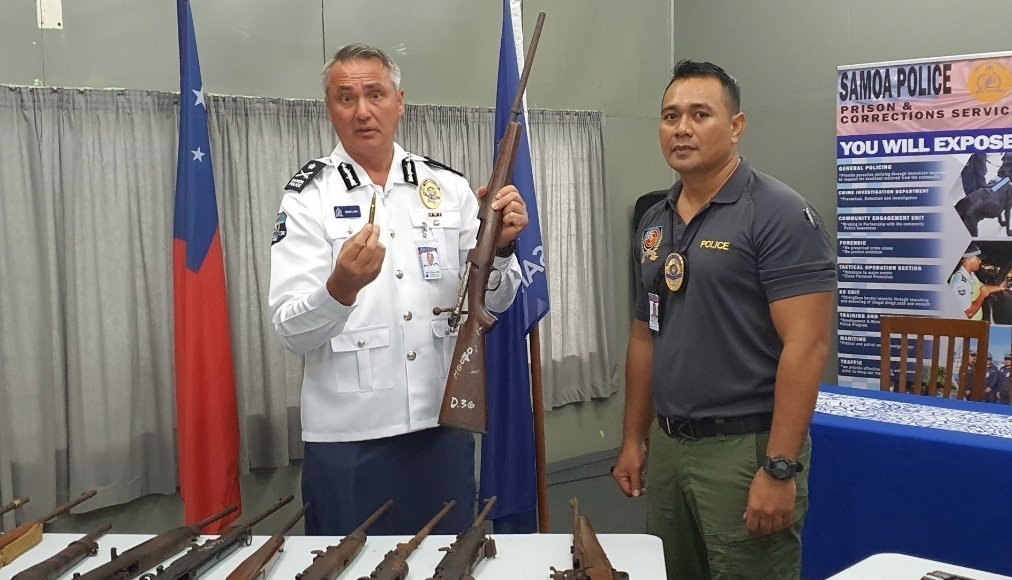 The Commissioner said although some firearms looked rusty and old, they are still very dangerous, with military issues and high powered rifles amongst the weapons turned in. 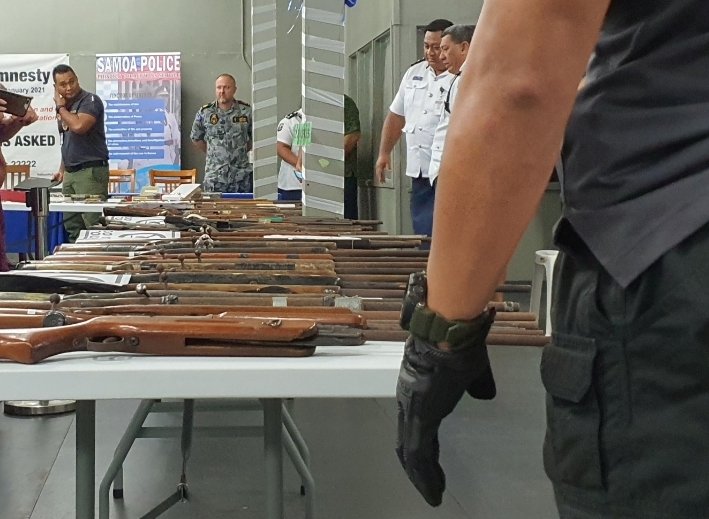 “Even us that are used to handling firearms, we are very apprehensive when we see these being turned in.. knowing from experience, that most probably.., there are others out there right now..”

On the other hand, the Commissioner also noted the variety of pistols that had been turned in. As an example, the Commissioner asked Tagaloa Todd to show the media a small pistol, similar to that used in the Afega double homicide on New Year’s Eve.

“Guns are not manufactured in Samoa, these illegal weapons are all being imported into the country.., so this is treated as a trans-national crime”, said the Commissioner.