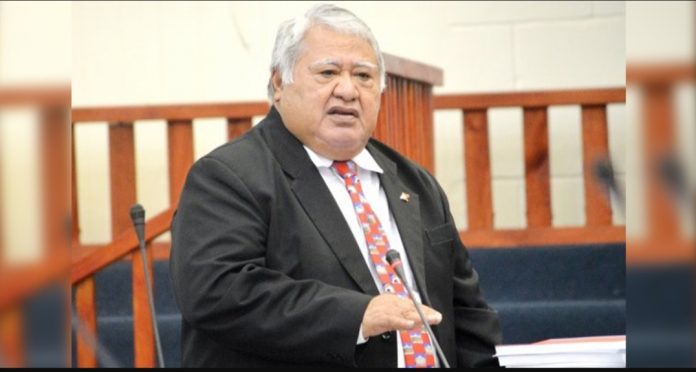 14 March 2019, Apia Samoa.  The Public Service Commission (PSC) have been asked to launch an investigation into confidential information that is leaked from Government departments.

During his weekly interview with Radio 2AP, Prime Minister Tuilaepa Dr Sailele Malielegaoi confirmed that he has directed the PSC and the Police to investigate “where, how and who in the Government” is leaking confidential information including Cabinet Papers, to the media.

The Prime Minister said during his interview that PSC had written to Samoa’s only daily print media, the Samoa Observer, to stop publishing PSC reports while investigations are underway, as it is illegal.

Tuilaepa went on to say that it is the role of the Public Service Commission to investigate grievances brought by public servants against each other, and it is only right that the accused are treated fairly. As such, the allegations brought against them must remain confidential while proper process is followed and this includes giving the accused a right to reply.

The Prime Minister pointed out that the future of an individual being investigated is at stake so the PSC must carry out due process thoroughly and according to set procedures already in place.

He stressed the risks to Government as an employer, if the recommendations and decisions arising from such investigations were not true and fair.

“Government must be cautious because if they make the wrong decision, they can be liable in Court.”

The Prime Minister also shared his suspicions that those individuals leaking confidential information, were receiving bribes and gifts in exchange for the documents.