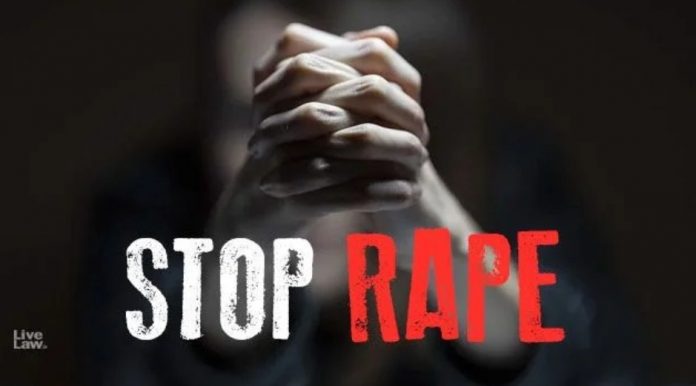 A 60 year old grandfather has been sentenced to 9 years for the rape of his wife’s granddaughter.

One night in April 2019 Saleutogi entered the victim’s mosquito net while she was asleep.

The 16 year old victim tried to push him away but he lay on top of her, took off her shorts, forced her down and raped her.

The victim screamed alerting her aunty who left to get other relatives but when they returned they only found the victim crying. The defendant had left.

In her decision Justice Tafaoimalo stressed the need to  expunge this behavior for the sake of this country’s children”.

“Deterrence will be of paramount consideration in today’s sentence. The rape of a young girl is unacceptable and inexcusable, particularly so in a family situation where a child should rightly have an expectation that she or he is safe and protected by the adults in the family”, said Justice Tafaoimalo.

“This a man of 60 years raping his step granddaughter. There is a significant need for deterrence, to deter the offender and to deter other like-minded people..”

“Today the Court will play its role in purging our county of this deplorable behaviour.

As in her previous sentences for rape, Justice Tafaoimalo once again explains the applicable rape bands established by case law.

The rape bands are;

(a) Rape band one: 8 – 10 years (Appropriate where the offending is at the lower end and where there is an absence of aggravating features or their presence is very limited);

(b) Rape band two: 9 – 15 years (Where violence and premeditation are moderate);

(c) Rape band three: 14 – 20 years (Offending where there are aggravating features at a relatively serious level); and

(d) Rape band four: 19 years to life (As well as the aggravating features in Band 3 it is likely to consist of multiple offending over considerable time. Repeat family offending would fall into this band).

Justice Tuala-Warren took 16 years as the starting point..”taking into account the age and vulnerability of the victim, the impact of this offending on her, the nature of the relationship between the defendant and the victim, he being her step grandfather and the way he has breached that trust. I also take into account that after he raped her, he further violated her by digitally penetrating her”.

Justice Tuala-Warren made the usual deductions based on character references, remorse and reconciliations between parties.

In addition to letters from a family chief, church leader and village mayor; his wife and biological daughter also wrote saying that they and all his children have forgiven the defendant, the matter has been reconciled within their family and he is a good man who is the head of their family.

It was revealed that the victim had also submitted a letter through Probation saying that she has forgiven the defendant and that he is a loving father.

“I deduct 2 years for his previous good character as attested to by those who provided reference, I deduct 1 ½ years for apology and reconciliation with the victim and his family which indicates his genuine remorse, and 25% or 38 months for his belated guilty plea”.

“This leaves 9 years and 4 months. I deduct 4 months for compassionate reasons, having lost his wife last week”.