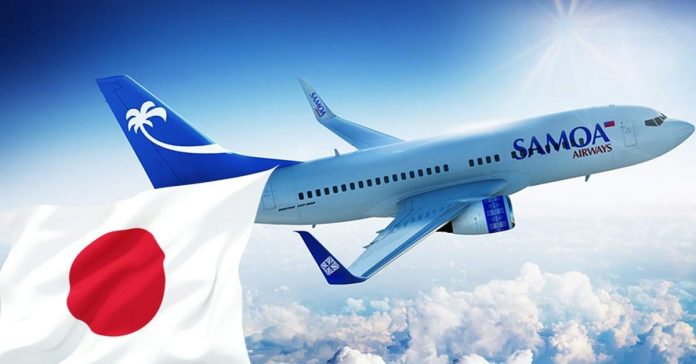 The Government of Japan in response to its citizens stranded in Samoa during the uncertainties of the COVID-19 pandemic, covered all costs to charter a Samoa Airways flight from Apia to Sydney where a connecting charter would take them the rest of the way home.

A source told Samoa Global News that, “it was a full flight” which also gave the opportunity for Australian citizens stranded in Samoa to return home.

“All Japanese citizens living and working in Samoa who wanted to go home, were evacuated on this special charter flight.”

“Samoa Airways would have been happy with the income”.

“It left around 4am on Monday morning but the time of departure has a lot to do with the landing arrangements in Australia”.

Samoa Airways have been asked for a comment as to whether any passengers would be allowed to travel back from Sydney upon the flights return to Samoa.

The Ministry of Health have also been asked if our COVID-19 specimens “awaiting transport” were able to be taken away for testing on the special flight to Sydney.