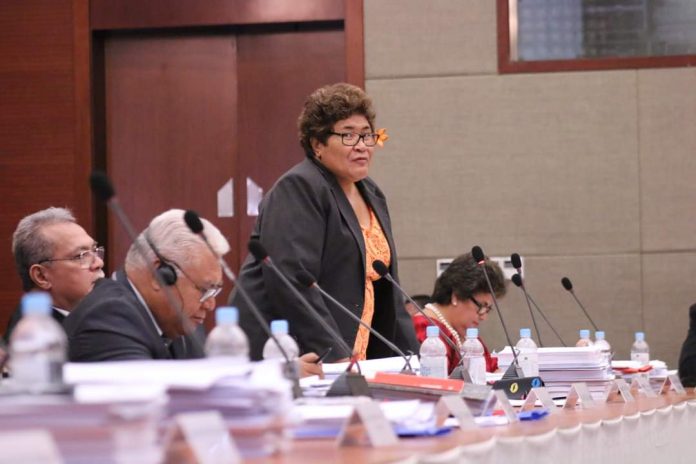 The issue was raised during the government’s supplementary budget debate that was passed in Parliament last week.

Ali’imalemanu told Parliament that is was important to ensure the wide distribution of wealth in Samoa. “E tāua le fa’asoa atu i le lautele le tamaoaiga.”

She urged the minister to consider allocating the work to each village, providing income generation for the members of the village instead of awarding the work to larger contractors who are currently seen mowing alongside the main roads.

She went on to say the only time Government should bring in a lawn mower company to do the work is if there is a village that does not want to do it.”

Papalii Niko Lee Hang responded to the concern raised by saying the LTA is looking into this whether it is fitting to give the work to the villages rather than having companies to come and do it.

A message was sent to LTA in regards to how many companies are being awarded lawn mowing contracts as well as the total annual budget spend to maintain the side of public roads across Upolu and Savaii. We have not yet received a response.