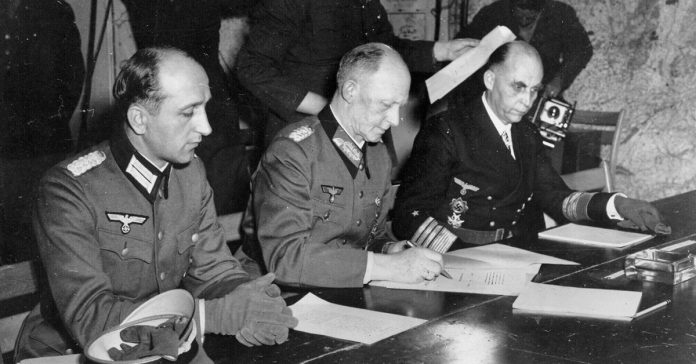 On May 7, 1945, the German High Command, in the person of General Alfred Jodl, signs the unconditional surrender of all German forces, East and West, at Reims, in northeastern France.

At first, General Jodl hoped to limit the terms of German surrender to only those forces still fighting the Western Allies. But General Dwight Eisenhower demanded complete surrender of all German forces, those fighting in the East as well as in the West. If this demand was not met, Eisenhower was prepared to seal off the Western front, preventing Germans from fleeing to the West in order to surrender, thereby leaving them in the hands of the enveloping Soviet forces. Jodl radioed Grand Admiral Karl Donitz, Hitler’s successor, with the terms. Donitz ordered him to sign. So with Russian General Ivan Susloparov and French General Francois Sevez signing as witnesses, and General Walter Bedell Smith, Ike’s chief of staff, signing for the Allied Expeditionary Force, Germany was-at least on paper-defeated. Fighting would still go on in the East for almost another day. But the war in the West was over.

Since General Susloparov did not have explicit permission from Soviet Premier Stalin to sign the surrender papers, even as a witness, he was quickly hustled back East and into the hands of the Soviet secret police. Alfred Jodl, who was wounded in the assassination attempt on Hitler on July 20, 1944, would be found guilty of war crimes (which included the shooting of hostages) at Nuremberg and hanged on October 16, 1946. He was later granted a pardon, posthumously, in 1953, after a German appeals court found him not guilty of breaking international law. 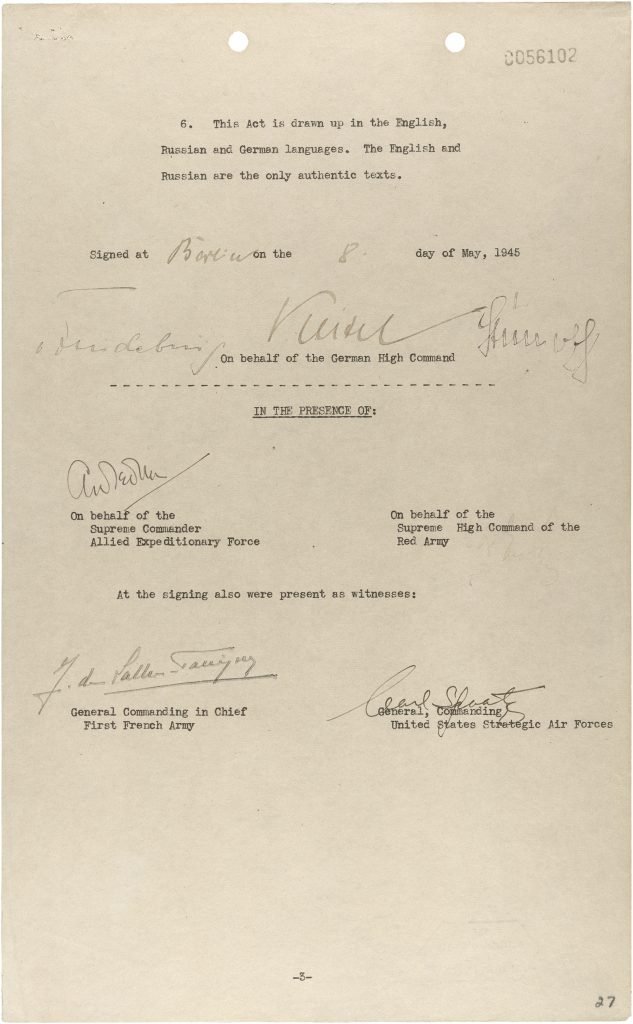