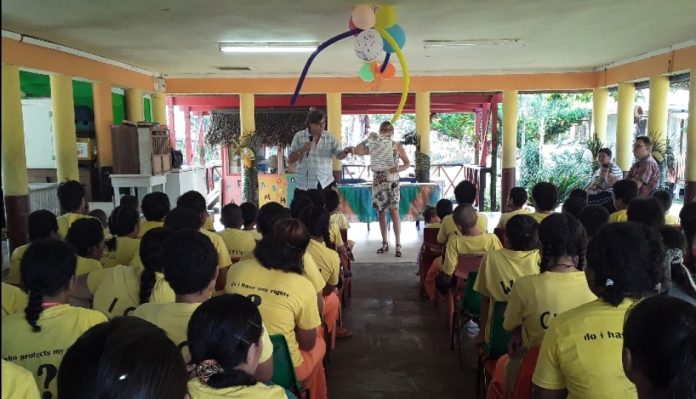 Children survivors of violence and sexual abuse were special guests of the Honorary Consul of Germany to Samoa, Tagaloa Christa Szegedi, in celebrating the German Film Festival 2021 over the weekend. 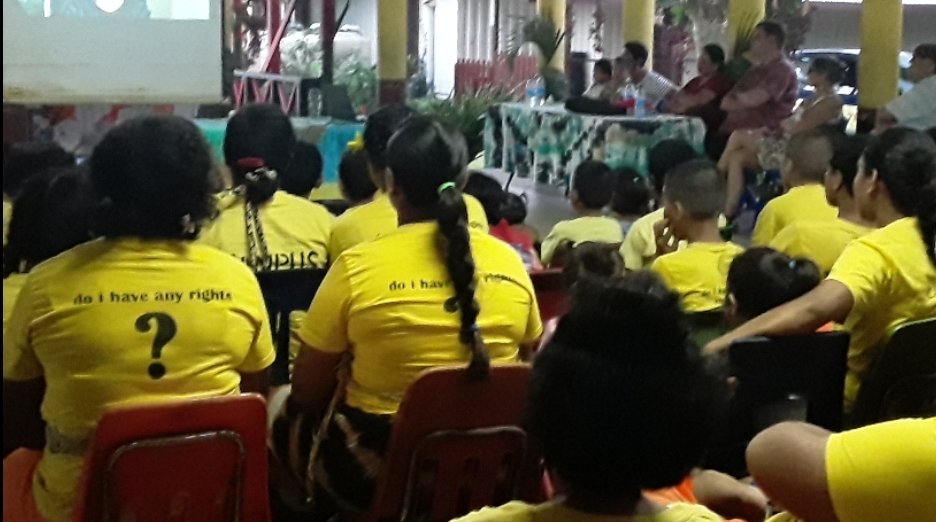 SVSG say dankeschȫn to Christian & Barbara Durst for being patient teachers with the children and giving them facts and information about Germany leading up to watching the film.

The finale for the night was a German Film called ‘Too Far Away’ – one of the eleven movies featured in the 2021 German Film Festival.

The film was in the German language with Englisth subtitles, and the children were seen glued infront of the screen, intrigued by the film’s storyline about an 11-year old who struggled to fit in when his family moved to a new town.

They clapped and cheered on the main character, and during more serious scenes, their silence was errie.

The Honorary Consul and his delegation enjoyed the time with the children. The children’s lunch and dinner for the day were all provided by Tagaloa Christa.

Chair of the SVSG Board, Georgina Lui acknowledged the ongoing support from Tagaloa over the years..

“Dankeschȫn Tagaloa Christa Szegedi for choosing to celebrate the German Film Festival 2021 with the children of hope.  You have time and time again reached out to support the children not only with the bedding furnishings you provided over the years, but more recently in 2020, a complete set of musical instruments that helps with the children’s healing process.”