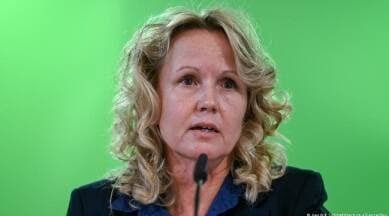 The new German environmental minister, Steffi Lemke, has sounded a warning that the next global challenge will be what she calls the “species crisis.”

Speaking to German publication Süddeutsche Zeitung, Lemke said: “The species crisis will be the next big battle,” and added: “It directly threatens our livelihoods.”

Lemke is a member of the environmentalist Green Party, part of Germany’s coalition government alongside the centre-left Social Democrats (SPD) and the Free Democrats (FDP).

Climate change is one of the key challenges the new government wants to tackle.

Lemke stressed that protecting biodiversity and the climate were not mutually exclusive and were issues that needed to be tackled in tandem.

“This is not a matter of working against each other, but of working together. And as with climate protection, biodiversity has a lot to do with our production methods, lifestyles and consumption patterns. Which brings us back to the consumer,” Lemke pointed out.

The minister said that protection of climate and nature could happen by storing carbon in ecosystems.

“We will renaturalise peatlands, create more natural forests, store more water — as a precaution against droughts — and thus protect and strengthen biodiversity,” she told the German publication.

Lemke said that a key consideration was not letting one issue trump the other.

According to global conservation NGO the World Wildlife Fund, only 23% of species and 16% of habitats under the EU Nature Directives are in good health. These directives are biodiversity policies designed to protect or restore certain species and habitats.

The WWF says habitat loss and fragmentation, unsustainable agriculture and climate change are leading drivers of biodiversity loss in the EU.

According to EU figures more than 1600 species out of over 15,000 are threatened with extinction. Most of the endangered species are are marine creatures.

Half of Europe’s trees are deemed to be at risk, and a fifth of amphibians and reptiles are endangered.

Renewable energy, specifically wind farms are seen as being critical features of the new government’s plans.

Currently wind power accounts for nearly a third of the country’s power generation, but there have been concerns raised about its impact on the environment, in particular, bird species, although this pales in significance to traffic and farming.

The minister pointed out that one issue shouldn’t take precedence or cancel another one out, and proposed a solution driven approach.

“We also know that industrial agriculture is the greatest threat to biodiversity. But no one would say: Then we won’t do any more agriculture. That’s how it has to be with the expansion of renewables. We are obliged to find solutions.”

Lemke acknowledged that conflict could occur in some instances, but in her opinion it was not something to be fearful of.

“Of course there can be conflicts. At the same time, we have long since reached the point where the very foundations of economic activity are threatened by ecological crises. The task of a federal government is to protect the natural foundations of life and people. Balancing this is the core essence of politics. That doesn’t scare me.”

By  Deutsche Welle, The Indian Express