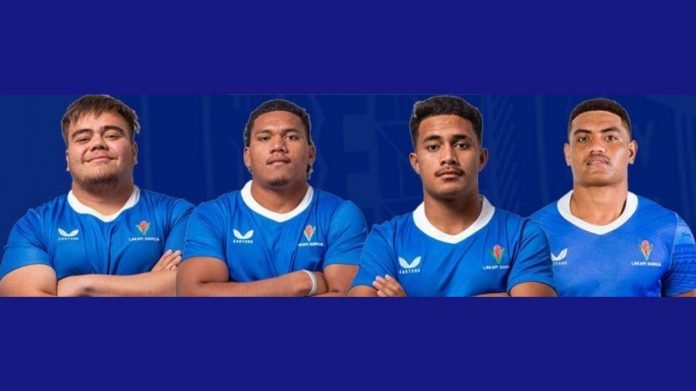 Galumalemana Rudolf Moors has named his squad for the Oceania Rugby Junior Trophy Championship 2022 to be held at the Teufaiva Stadium, Nukualofa, Tonga.

The Junior Manu Samoa Head Coach is preparing the side for a two-test match tournament against the Tonga Under 20s.

The winner of this tournament will join the World Rugby Junior Trophy Championship 2023.

Two notable players in the Junior Manu are Tainamo Enekosi and Bitner Tafili, who are currently part of the Manu Samoa 7s training squad.

Galumalemana’s squad also comprises three youngsters who featured in the recent Manumā Samoa side who suffered two losses in the Invitational Series with Fiji Warriors.

The majority of players selected were from the recently held Lakapi Championship 2022, reads a statement. 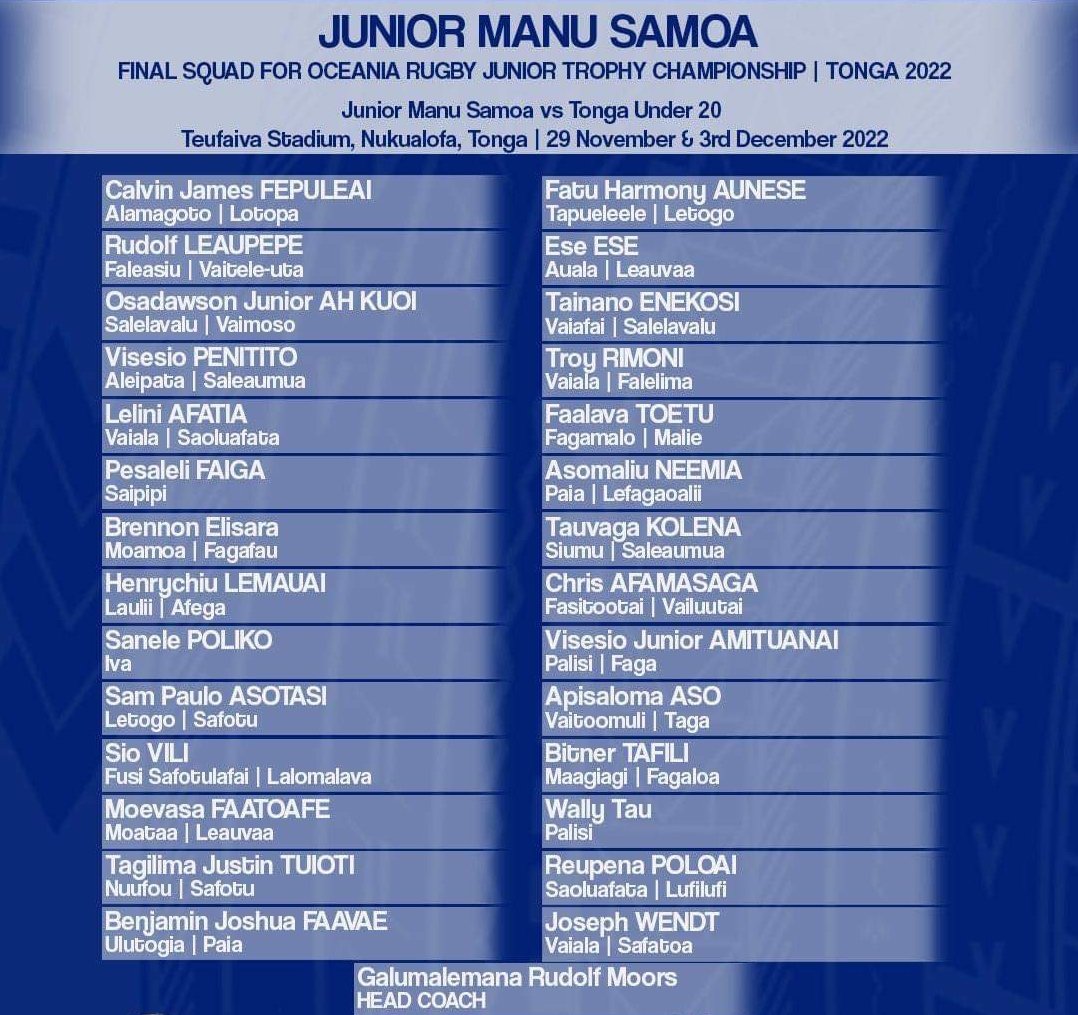