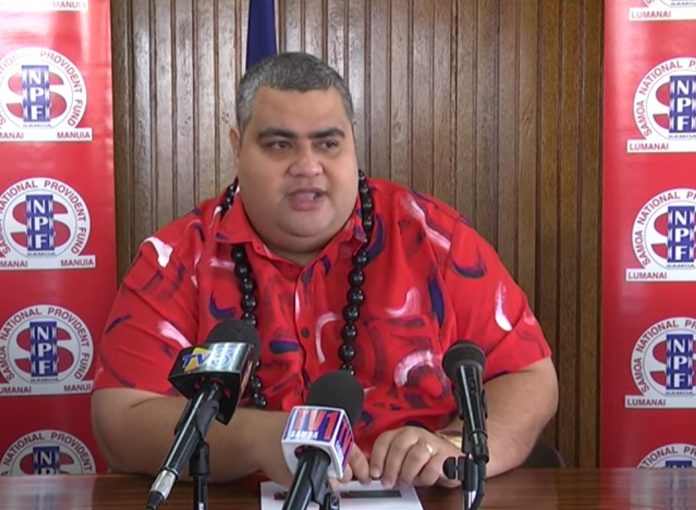 05 September 2019, Apia Samoa.  Group efforts to work with pension, provident and sovereign funds in the Pacific region to help spur investments  in essential infrastructure such as telecommunications, water, transport, sustainable energy and health has Samoa’s support.

Fund members of the Pacific Islands Investment Forum (PIIF) who collectively own US$45 billion worth of assets are meeting in Samoa this week to decide on how they could collectively invest in infrastructure in the region.

PIIF Chairman and Samoa National Provident Fund CEO Pauli Prince Suhren said the forum would need to agree on the model for co-investment and has urged governments in the region to support the initiative.

Samoa has already declared its support.

“This approach in my view is welcome news as it allows our small countries and economies to invest in each other’s industries, services and infrastructure underpinned by the principle of collectivism – that much more can be done together than individually,” said Samoan Prime Minister, Tuilaepa Sailele Malielegaoi.

It’s estimated the funding shortfall for Pacific infrastructure investment is around $US45 billion over the next 12 years.

IFC and its sister organization, the World Bank, have been asked by the PIIF to provide technical support in developing options to access co-investment opportunities

“We believe there is a clear opportunity for developing a mechanism that will allow the Pacific region’s pension, provident, superannuation and sovereign wealth funds to co-invest to help deliver much needed infrastructure in the Pacific,” IFC Resident Representative for Fiji, Kiribati, Samoa, Tonga and Tuvalu, Deva De Silva said.  “IFC and World Bank were approached by PIIF to offer technical resources and global expertise based on our experience working on similar projects in the past.”

The assistance to PIIF is being supported by the Pacific Partnership, through which the governments of Australia, New Zealand and IFC work to stimulate the private sector and reduce poverty.

“The top priority for pension funds is to be able to provide support to their members in their retirement years. But here in the Pacific they also play such a dominant role in the financial system, they have so much capital available, and there are many infrastructure needs that can benefit people in the Pacific] The funds will inevitably will play a broader role beyond financial returns to their investments,” IFC senior financial sector specialist, Aaron Levine said.

Throughout the two-day event, Ekaterina Gratcheva and Fiona Stewart, lead specialists with the World Bank on pensions and long- term financing, drew on global examples from a growing trend of different options for co-investment by funds under implementation in countries such as Australia, New Zealand, Kenya and India.

The co-investment concept by funds is becoming a global trend and already implemented by countries such as Kenya, Australia, Canada and India. Recently, the Australian Super and Ontario Teachers invested in the National Investment Infrastructure Fund (NIIF) of India’s Master Fund allowing NIIF to meet its infrastructure needs.