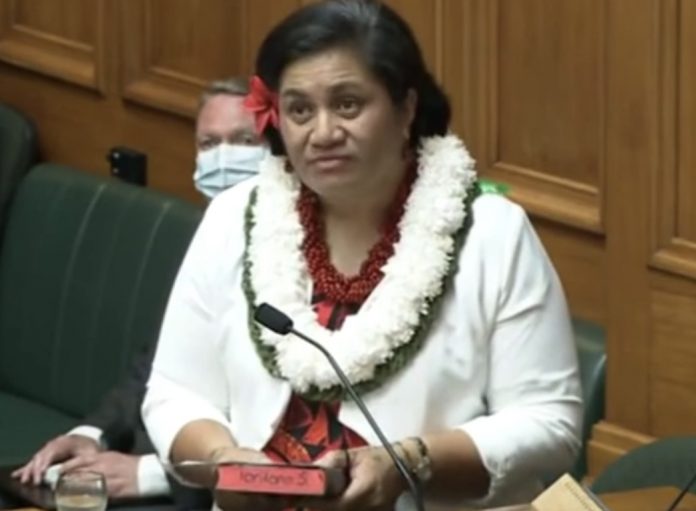 “Mr Speaker I was born to a young Samoan couple, Reverand Ofisa Nuualitia and Litia Nuualitia. My father was a graduate of Malua Theological College in Samoa, my mother was a registered nurse also from Samoa.

Arriving to New Zealand at the instruction of their parents in their homeland, they joined the call of the largest wave of Pasifika migrants because New Zealand employers needed migrant workers in the early 1950’s. The Pacific nations were the closest international neighbors who beckoned to the call.

Technically the Samoans and the Tongans who stepped forward at that time needed approval to live and work in New Zealand but the then New Zealand government quickly approved new migrants from the Pacific to fill those positions advertised.

It seemed difficult to attract the local domestic workforce.

Two of those Pacific migrants were my parents, my father hailed from paternal villages of Falefa and Falevao in Upolu, Samoa. HIs maternal side from the villages of Matautu, and Sapunaoa, Falealili in Samoa.

My mother was born to her maternal family from Sasaai Savaii Samoa and her paternal father, Salani in Apia Samoa.

My father came out first, not long after his younger brother, uncle Toetu Nuualiitia, joined him as they found lodgings in a boarding house in Parnell.. They both found employment quickly.. In a pulping paper mill in Tokoroa.

But life here was sooo different.. cold winters, missing Samoa, missing their culture, missing their language.. and without choice they each adapted to the palagi way of life.

Soon after my father met my mother, beginning their own family. By the time I arrived, my parents had accepted the role as the first reverend of a local church, to establish the second branch of EFKS in Otara.

The suburb of Otara in the mid 60’s was set up by the State offering cheaper housing, located near the freezing works production and manufacturing industries.

By the 1970’s the suburb of Otara was a place labeled by state departments without public amenities such as kindergartens, trees and local parks. Young children of low income families were missing out.

In my former role as an elected local government member for over a decade, I know for a fact, when planning new suburbs, public infrastructure to that new community is a must rather than a nice to have.

For families, their children and young people, public assets are much needed to grow healthy neighborhoods for them to thrive.

My parents retired from the Otara EFKS moving our family to the home they purchased in Henderson West Auckland, but only a year later in 1973 they accepted another pastoral call a new branch of EFKS in Papatoetoe South Auckland.

Our family was once again upheaved from West Auckland to resettle in Papatoetoe South Auckland for them to begin this parish with a small congregation.

Papatoetoe is where my siblings, my three brothers and my sister completed our public schooling.

Mr Speaker; I recall in those days when local Labor MPs would call my father asking him for support and his community’s support. My father was relied upon for his unofficial social worker efforts and community connections as he took every opportunity to advocate for better services for the communities he represented.

You see, advocacy, that was his thing.. immigration, justice, welfare measures, were just some of the topics he would raise with the leaders.

I remember the many late night phone calls and the visits from community members in the most desperate circumstances seeking help because they had nobody else to turn to. My father was a fluent Tongan speaker and helped his kainga where he could, he also helped his Fijian family members, him and my mum based in Auckland.

You see that was all in the mix of his village concept, no one was ever turned away. Although our mother spoke little English, us kids we were the interpreters.

Our parents protected us by ensuring our daily needs were cared for, they both worked hard up to three jobs weekly and sacrificed much for us kids, but we were expected to help out.

Some troubled youth from our church families came to live with us and my mothers instructions, care for them.

Those were the lessons my siblings and I learnt, to care for one another, to serve our community with the best resources we had at that time.

As a proud Samoan woman, raised in Aukilagi New Zealand, it is my hope that I will make a lasting contribution, to work hard to strive for solutions on some of the government’s key priorities.

To assist with solutions to eradicating children’s poverty.

Maori and Pasifika communities are particularly vulnerable and over represented in some of these areas.

I am a strong believer of social justice. I want to continue to promote women into good stable jobs whether it’s around the ball table or leading operational teams, women have the innate natural ability to bring out key skill sets, empathy, understanding to get the job done. Pasifika women are paid far less on the equity pay scale and work continues forward led by race relations commissioner _____ a proud Samoan woman based in South Auckland and I congratulate her for this and she’s up in the gallery.

Mr speaker 2020 was the year that New Zealand, like the rest of the world was turned upside down. Covid-19 and its destructive force no one  the changes would bpredictedring to the shores in Aotearoa changing for ever. Prime Minister Jacinda Adern with the Labor government prepared New Zealand’s health and economic recovery response. Thank you to all the frontline workers, essential workers, health workers. You fed us, you looked after us and that continues.

Finally I pay tribute to my parents, no longer here but are with me today in spirit, I miss you every single day mum and dad, this is your legacy.

From humble beginnings in Otara, South Auckland to Wellington, I am honored to serve New Zealanders as a Member of Parliament”