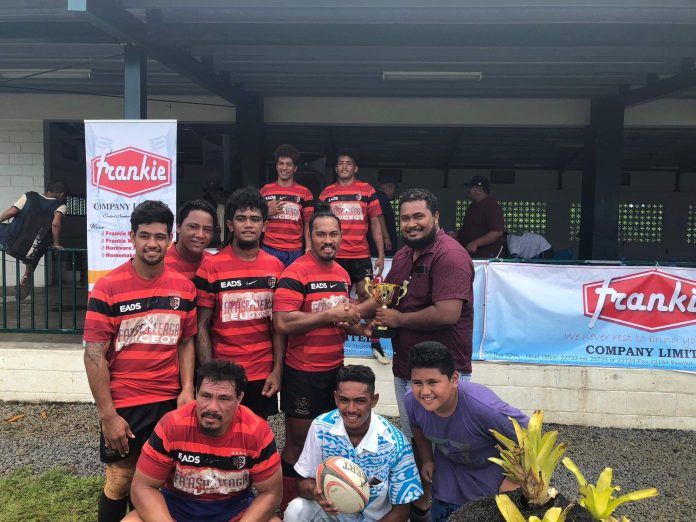 Blockbusting Winger Tipa Sapeti touched down first and Paulo Toilolo missed the conversion. However, Ricky Ene of Iva White Lions replied with his individual brilliance and scored his team’s first points but failed to convert. It was a 5-5 draw at first half.

Gasologa Pauli extended Tama Uli’s lead early in the second half with a 50 meter break-away try. Toilolo converted extending their lead to 12-5.

Manu Samoa 7’s playmaker, Ricky Ene responded with another try and converted to level the game 12-12.

In the dying seconds, Gasologa Pauli sprinted to the corner and sealed the deal for Frankie Tama Uli.

Matamua Junior Salima, Coach of Frankies Tama Uli Salelologa said, “We are thankful for todays win. It’s been a tough week for us losing 5 players to injury but credit to our 7-men team that competed today and won this tournament.”

Iva White Lions were too strong against Lupe Siliva in the Cup Semifinals 32-0.

“Thank you also to our media partners for promoting this tournament since day 1. We will now take a break for two weeks to prepare our teams for Marist Samoa International 7’s and come back and host our Top-8 15’s competition.”